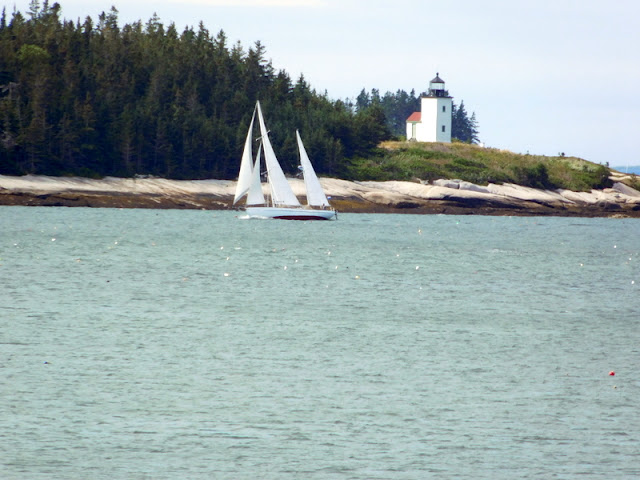 SEABREEZES MARK ISLAND LIGHT AND BOATS LOBSTER BOAT FOG PUMPKIN ISLAND LIGHT AND SUMMER IN MAINE STONINGTON HARBOR Hi there! I know that most of you have given up on me since it's been months since I visited with you. I do hope that you stop in to see if I by chance have returned to blogland.  It's been a long summer for me. I have spent the most of it on the Island I grew up on taking care of my aged parents. To make a long story short, my dad passed away in July in the Island Nursing home after a stay there of almost 2 years. He was 90 yrs old and had been failing ever since he had a bad fall back in the winter of 2015.  During his lifetime he had worn many hats and pairs of hip boots. He was a clam digger, a scallop fisherman, a lobster fisherman and businessman. He spent 7 yrs in the Navy before marrying his sweetheart and they raised 3 children, 2 boys and me. But the occupation that he will be most remembered for is the ow
Read more
More posts