AS LONG AS YOU HAVE A WINDOW LIFE IS EXCITING

hi there! Usually my mutterings are first but today I loaded wrong. It's sunny on my patch in the 30's. A wintry mix is expected later. So much I should be doing but... 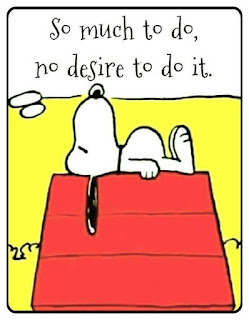 I hope you enjoy your visit!

We live in a rather large development here in Saucon Valley. I love it here. Mountains all around us. Lush and green when they aren't covered in snow and bare.  It used to be farmland , the farmhouses that are still here are made of stones most likely the handiwork of the Moravians who settled in this area many years ago. But to get back to my neighborhood.... The houses like ours and  built first were lots that had several acres of land. As the development grew the lots became smaller, large, beautiful homes but not much land. They are nicely landscaped, unlike ours, and house working families who don't have time for a lot of yard work.  What amuses me is that next to our development is a sheep farm and next to it is a horse farm. It's suburbia  with refreshing smells. Not far away is the small town of Hellertown and it's got a bit of everything except a mall. . So, anyway,  to get back on track... looking out the windows of those homes that are boxed in side by side  would be infinitely more interesting than looking out our windows because the people in them have a bird's eye view of their neighbors comings and goings whereas we only see birds and other four legged wildlife from ours. Our property especially is secluded because we are down in a bit of a valley surrounded by tall trees and shrubs, brambles, and anything else that pops up out of the ground. Hubby likes the overgrown look, says it's good for the wildlife. That includes trees that have fallen in hurricanes; Sandy downed 12 of our trees. Hubby loves it here and I have been trying for many years to get him to downsize to a smaller and less expensive location. No luck.
That is not to say that we live a boring life here. There's lots of action going on both inside and out. We give everyone a name that has 4 feet and some distinguishing markings. We have 2 dogs and an inside/outside cat, an inside bird, a feral cat that resides in a heated cat house outside on our patio, about 15 bird feeders installed in strategic positions around the house for optimum viewing and picture taking  from upstairs and downstairs windows.
Then, there are the deer that come around to eat  corn that Roger puts  outside the fenced in dog yard at the edge of the property. After their dinner they entertain themselves and us by occasionally looking in our windows at US! During  Spring, Summer and Fall there are groundhogs, squirrels, and other critters in  residence to further enrich our viewing pleasure. If you like wildlife you would like living here. Our neighbors aren't thrilled with us because the deer eat their flowers and trample their small garden patches and defecate  on their perfect lawns.  They especially hate groundhogs.

I do not take this privacy for granted. I can walk the dogs around the outside of the house in my pajamas and no one is the wiser. During my life time I have lived in houses that had very little in the way of personal space inside and out. My last house was on a street that ran along the side of a mountain. The streets ran horizontal so that those on the street above could look down on our house and into our yard and often we were their entertainment when we had a family gathering or picnic with friends on the large deck we had at the back of the house. The front had 30 steps down to the street,etc. Another house was a row home with thin walls and adjoining yards. I must say there was a lot going on in those neighborhoods, most of it I'd rather not known.
🌞🌞🌞🌞

At my mother's house in Maine in the Cove on the Island the houses are within a stones throw of each other mostly. When I was growing up it was a thriving fishing and a micro community. There was always someone in the kitchen having coffee with either
Dad or tea with Mom and my grandmother and  gossip was very much in vogue. Ladies would go from house to house with the latest news of their neighbors. There were 20 or so houses altogether but up the road aways and down the road to the next cove there was another little fishing village and so it went all over the Island.  Through the years people died, summer people moved into their homes, land was sold, large cottages made. land became private, no trespassing and now when my mother looks out her big picture windows there's not  much going on. But, she and a few others hang on and refuse to relinquish their ties to a place that is a whisper of what it once was. It is her life blood and she can't bear to leave it behind.

Today we had a lovely visit with Judi (daughter) and her family. It was a belated birthday celebration for Erick, son in law, the handsome, quiet computer geek of the family. We met up at a restaurant in Bethlehem then the boys came home with us while the parents went to a seminar on catching stray cats to have them neutered and released back into the wild. They were giving out free vouchers, one per person. Judi's friend has 2 strays she's been feeding.
The two women doing the seminar have caught and released over 2000 cats between them! I know most strays are feral but it's a shame homes couldn't be part of the plan.  I know that's not realistic, so many of them!💕