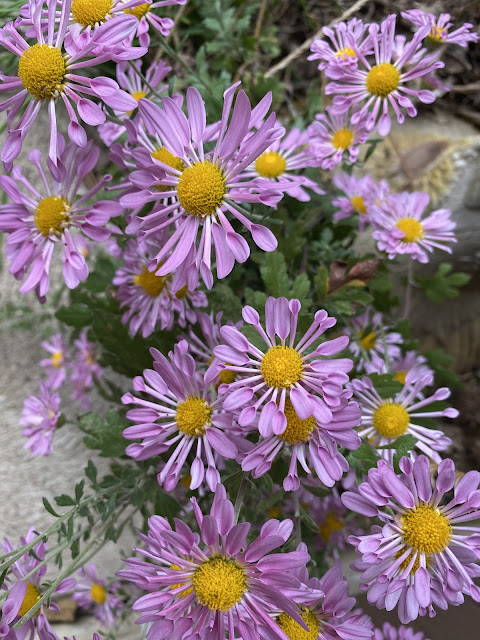 Today as I indulge my laziness I wonder how much time we have left before the trees are completely bare and the last of the white flowering weeds, that Roger allows to grow everywhere, are brown and ugly.

Oh, it's too depressing to think about. And then I wonder how much time I have before the weather gets very unpredictable in the higher elevations of New York. I go from that scenario to wondering who will win the e!ection and the unrest in our country that's likely to happen. Get a grip Susan! As we said in our Bible study group yesterday, God is in control. I do believe that with all my heart but it doesn't stem the flow of anxious moments that flicker in and out of my mind.

One thing that does bring a smile to my face is going outside to enjoy the lovely mild temps we are having. Our weather was rainy and foggy as I drove over the mountain yesterday. I stay mostly at home because it's my safe place. We do have a lot of corvid cases in the Philly area, only an hour and  half from us and New Jersey is even closer with the virus seemingly out of control according to the local news. I thought I would be doing a lot of being out and about by now , maybe Lancaster area about two and a half hours awah, but I dare not take a chance. It might be different if Roger were with me but he is very busy with "Pool Closings". He loves working! Yesterday he came home early because he had fallen in a pool. They were putting  the cover on a large swimming pool, he stepped back and down he went to the bottom of deep end. His glasses came off but his hat stayed on!  He thought he had ruined his cell phone but after some hours in rice it is as good as new, thank goodness!

I have spent a few days really getting serious with the trimming back of the outsjde bushes, hydrangeas, cutting down small trees growing too close to the house and getting rid of Raspberry bushes that are growing where they shouldn't. Our dog yard is looking somewhat neater now. My new toy is a reciprocal saw that I bought when I first arrived home in June. It was way too hot and humid then to work outside. I continue the ivy fight but it's so tightly attached to the house I will have to find a tool that will help with its removal.

Anyway, here are my photos from this week...Unedited... 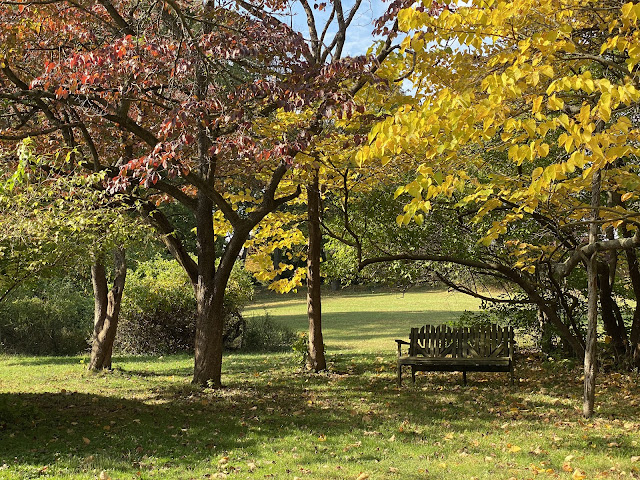 I love sitting on the heart bench while the dogs sniff out animal scents and enjoy their time outside. Soon it will be too chilly to sit and daydream. 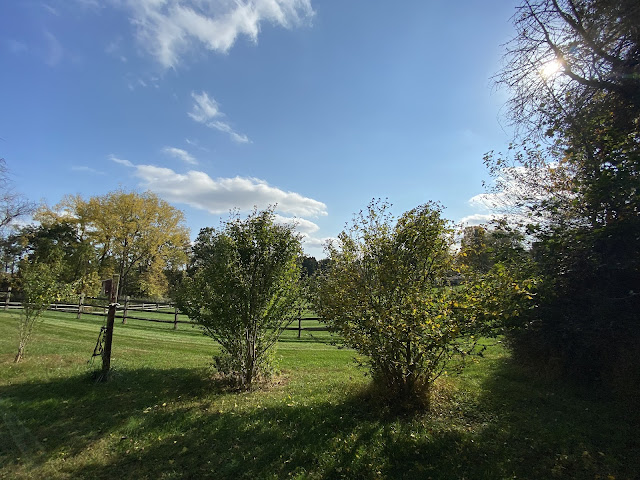 My Rose of Sharon bushes are completely bare of their beautiful flowers. Sad.:-( 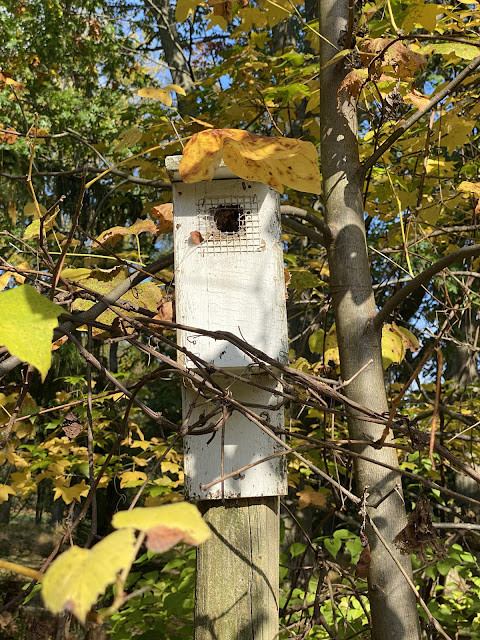 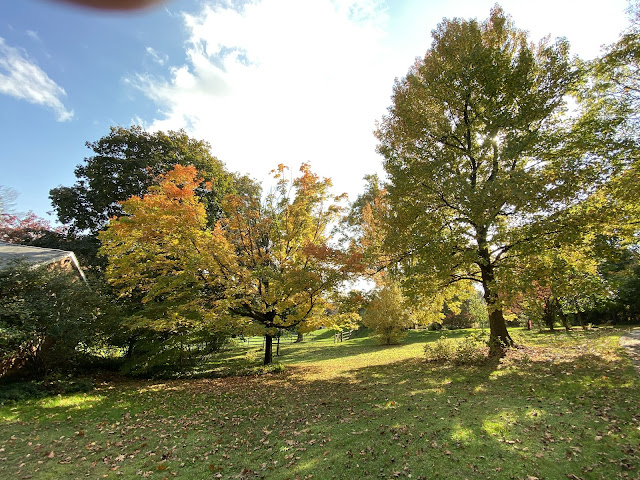 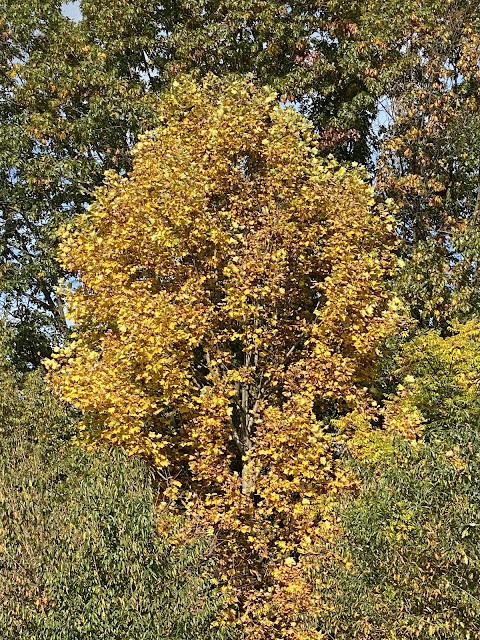 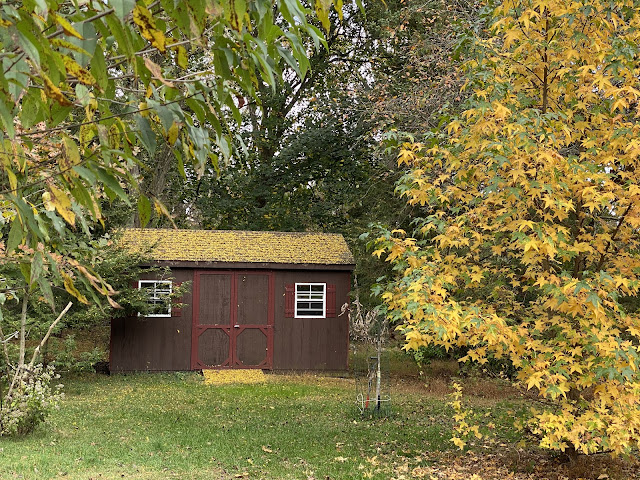 This little shed is full of outside furniture that we never use anymore. We used to have lots of picnics and barbecues when Roger and I were first married 15 years ago. We stopped doing it after a few years, a lot of work for me and I just felt it was too one sided. Everyone liked coming here! 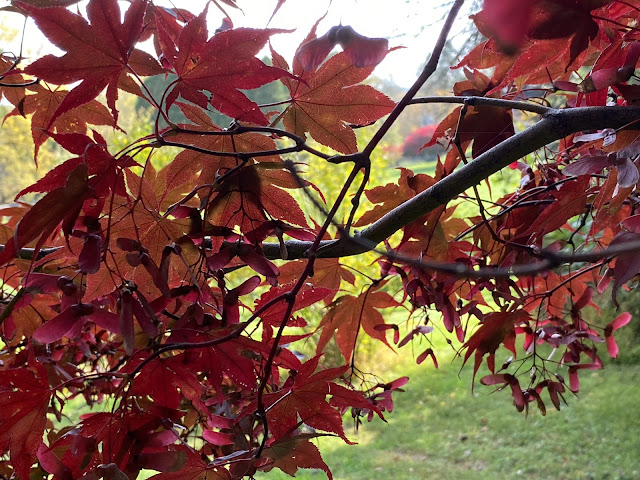 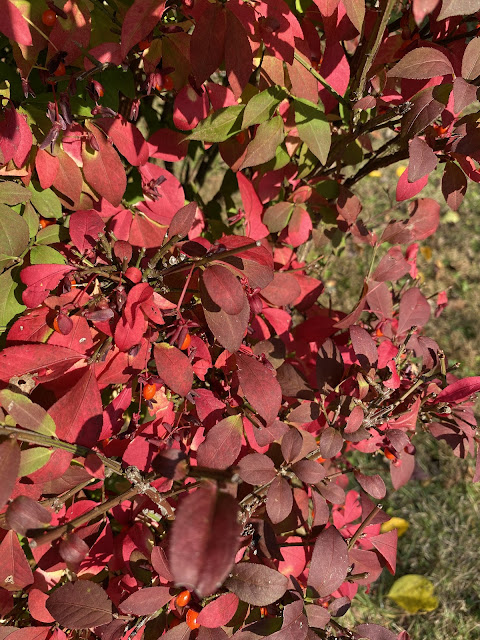 My Burning bush is winning the survival game with the deer. After many years of being chomped on and not growing, Roger put hair from his brush (he has long hair that he wears in a ponytail) on the bush and the deer haven't touched it this year. The adult deer. I took a picture and posted a fawn nibbling on it.

Looking up, Looking down 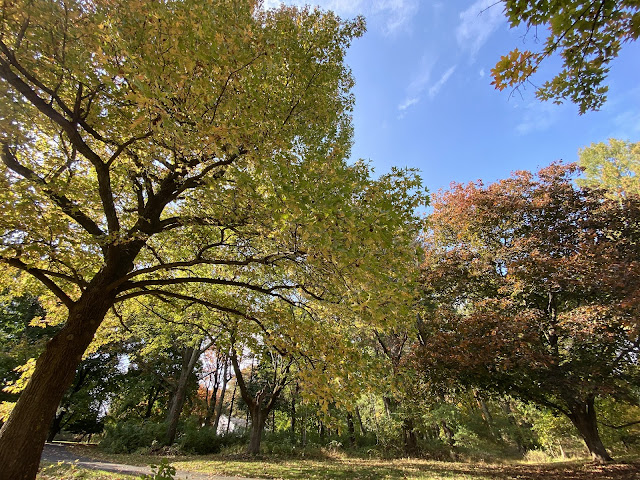 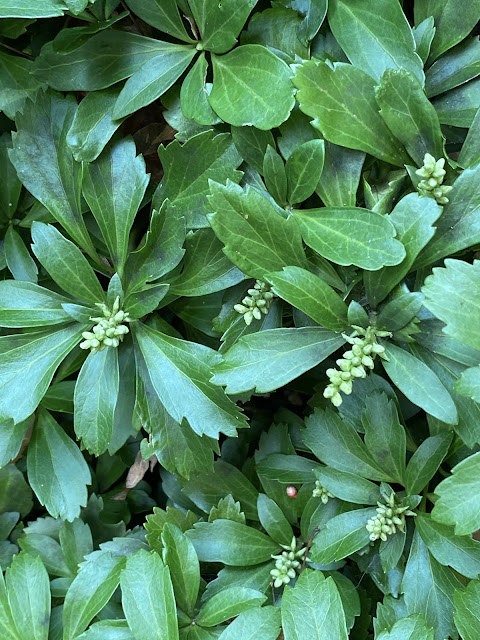 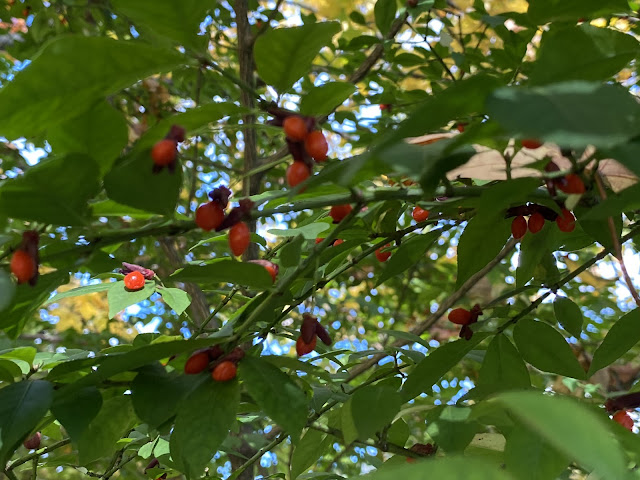 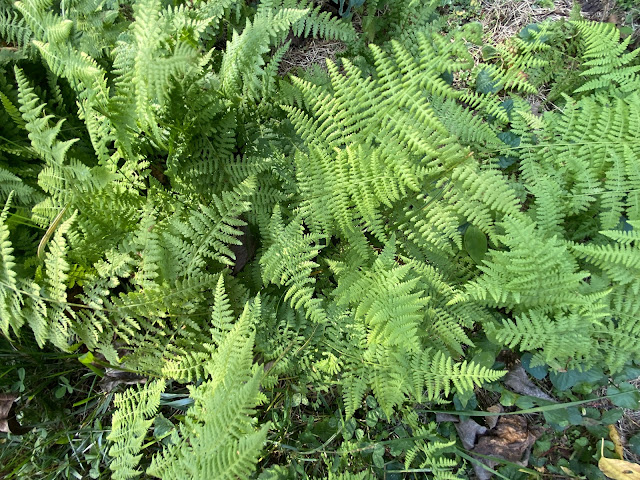 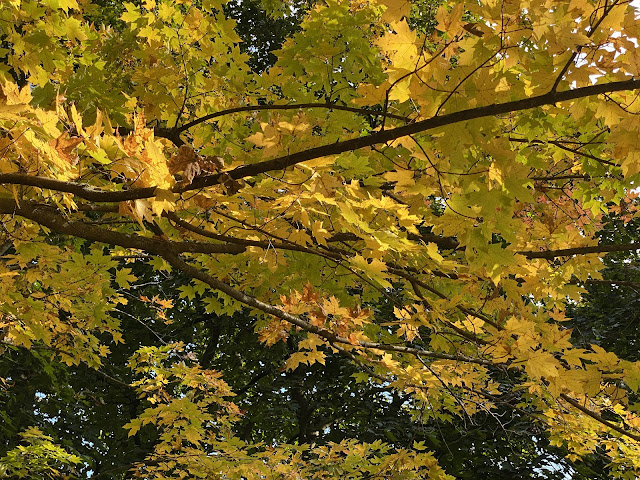 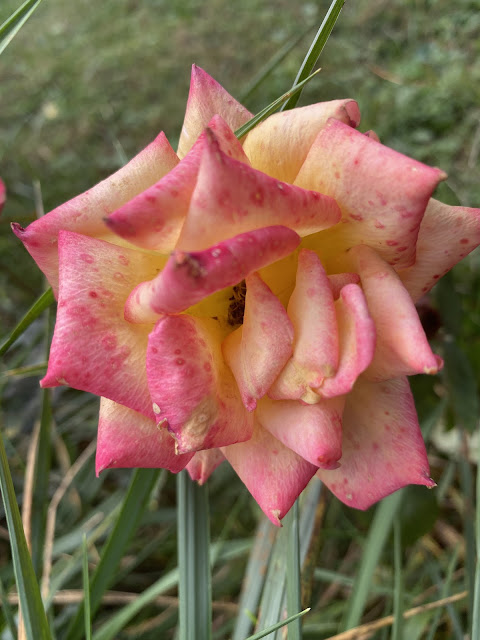 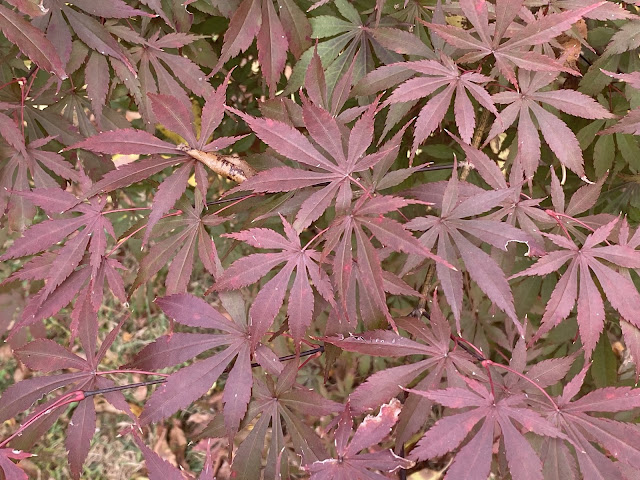 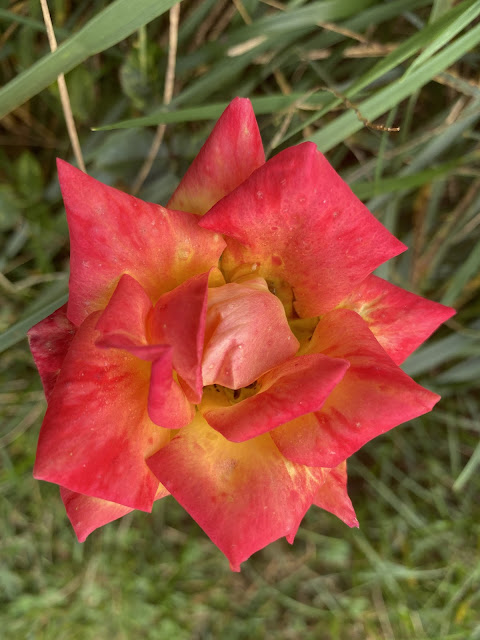 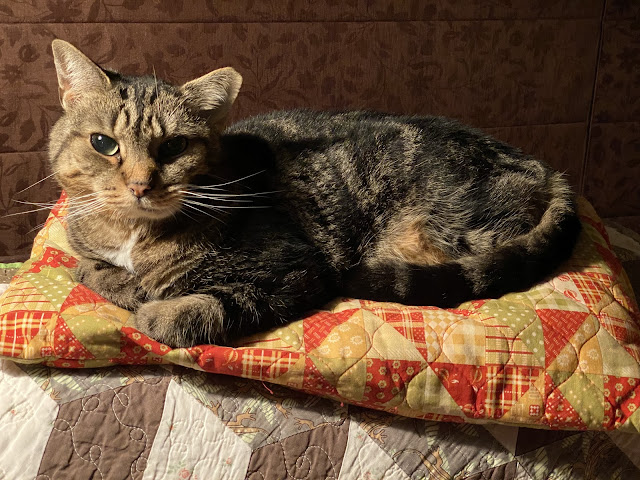 Zeppe  likes to sleep on the back of my recliner as I watch TV and crochet in the evenings. 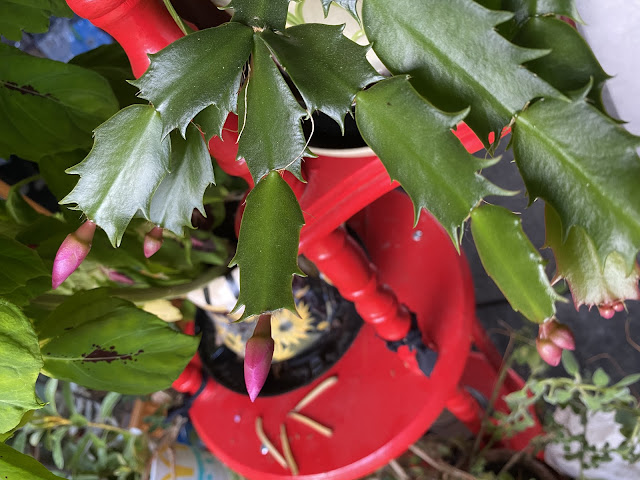 Roger's Christmas cactus plant in the walkway is getting ready to bloom. 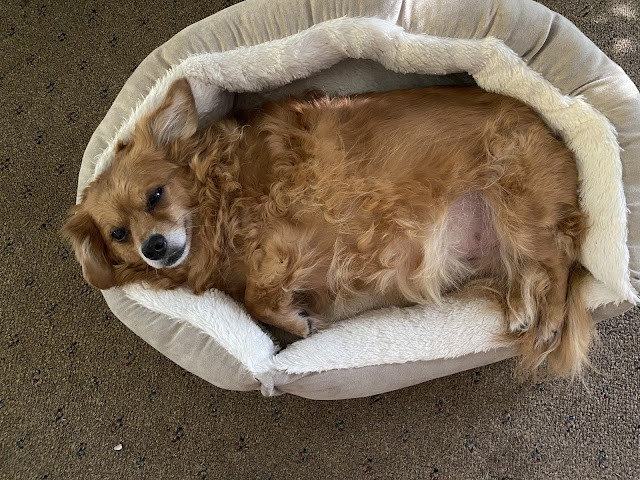 Lucybelle went to the vet this week to have follow up blood work done after her tumor removal in June. It came out fine but she had to have 2 injections to help with a skin condition on her lower back and tail. 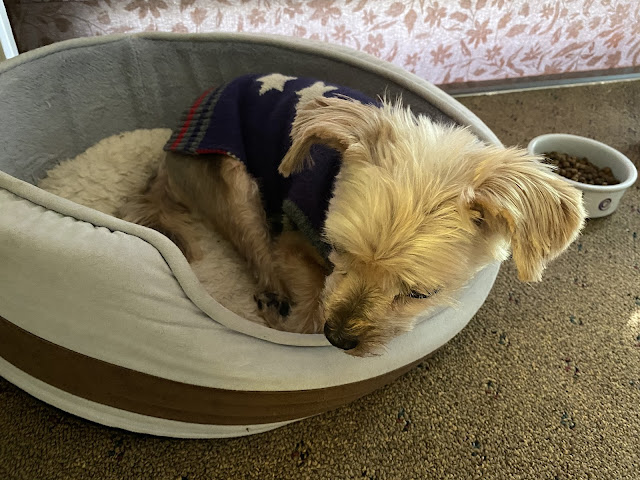 Dolly was groomed this week. She was shivering so I put her sweater on. 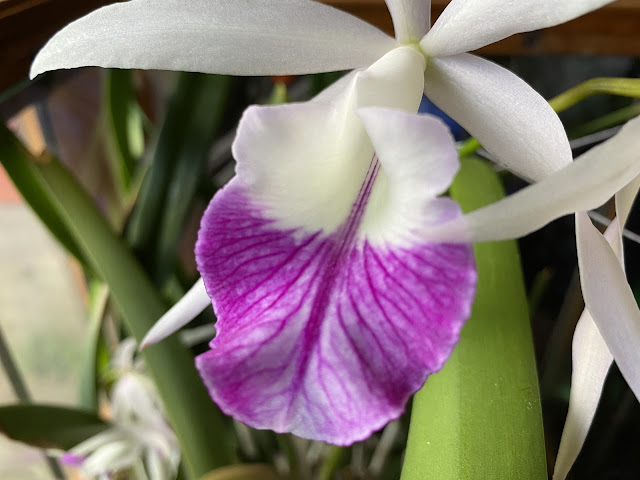 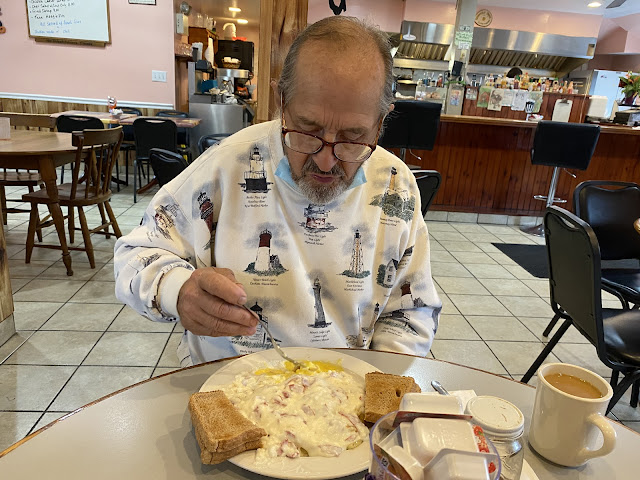 We ate breakfast one morning at one of Roger's favorite diners. We also had a family gathering at another restaurant last Sunday. Masks and social distancing.💖 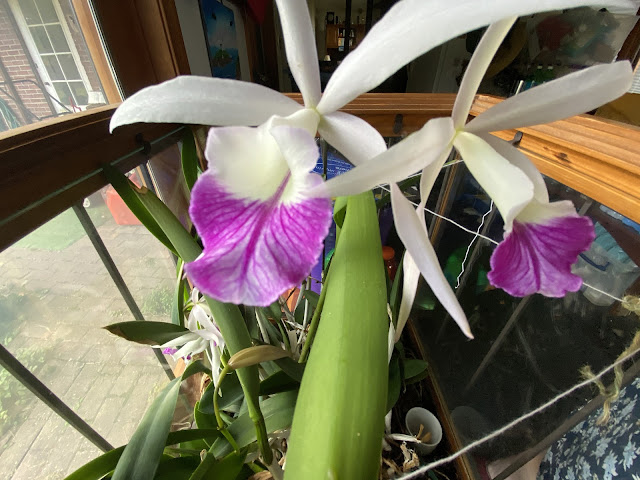 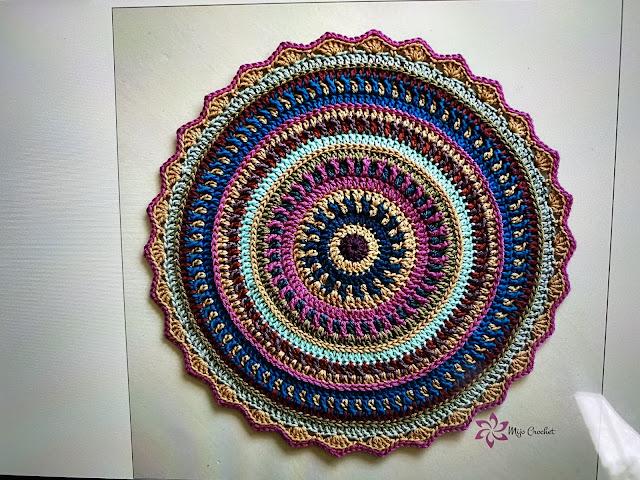 I made a replica of this Mandala as a gift for my friend Sharon this week. I haven't given it to her yet. 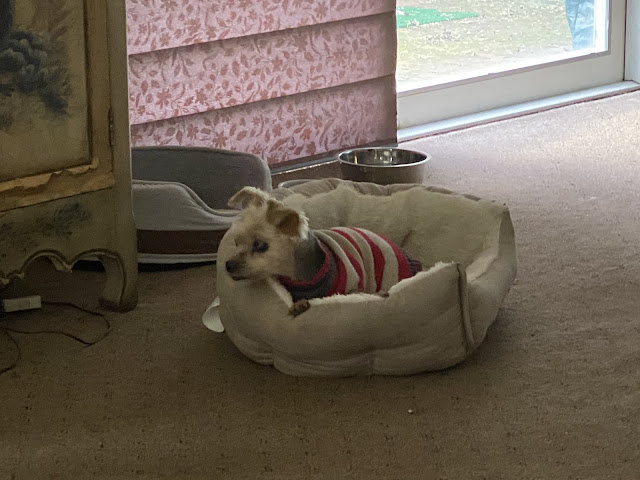