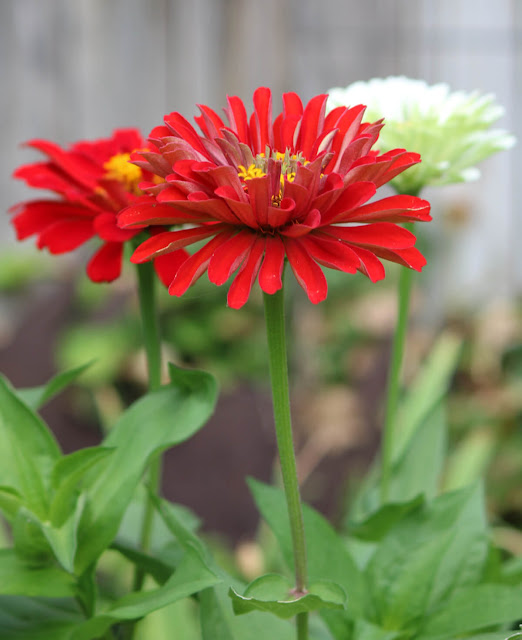 Good morning dear friends! And it is a beautiful day here on the coast of Maine. The temperatures are comfortable with the occasional hot and humid day and the ocean view out my window 🪟 is calming. I love seeing the assortment of boats bobbing at their moorings. It is “high Summer” on the Island and there are people everywhere enjoying their vacations and soaking in the ambience of Deer Isle. 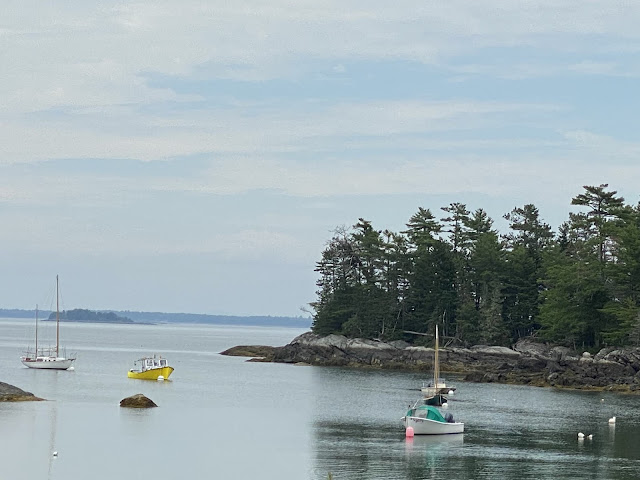 Well, yes, I know I have been missing in action for awhile. I last wrote to you right after my mother had died. It was a truly hard time for me but she was 94 years old and ready to go. In the beginning I missed her so much and found myself talking to her in heaven, lol. Things like…”what ya doing up there, Mom, say hi to Dad, Thomas, Grammy and Grandpa.” As the days went by I adjusted to the fact that she was in a different  dimension and I was  stuck down here on earth. A place that has become very scary and insecure lately. 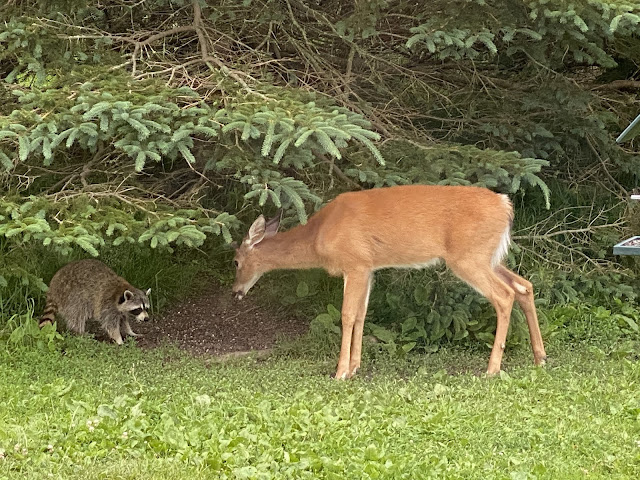 It was made more depressing though and overwhelming by the way her house reacted to her death. Don’t laugh. I swear this old house had been her security and refuge for 70 years and when she left this world it seemed like it was telling me it was grieving and ready to pack it in too. Now I say all this with tongue in cheek. HOWEVER…the first stage of IT’S grieving was to ‘shutdown’. Mom passed on Memorial Day, May 31st. It seemed like everything that could go wrong went wrong… septic, gas, plumbing, the stove, structural and the list goes on. I don’t want this blog to be a “whinging” blog so suffice it to say that I have had a very rough time of it lately. The family couldn’t come so it was me, myself and I. Roger did drive up for the service, stayed one day and drove back to be at work with my son. His business is crazy busy.

I am afraid I reacted badly to when things went bottom up and I became overwhelmed with it all. I was and am going through the settling of the estate, probate, etc. I inherited the house and land but it won’t be legally mine until the legalities are completed. They estimate about 4 more months. My mother had a lifetime of junk packed into every corner, closet and room. I have spent the last month and a half sorting, giving away and disposing. It wasn’t only her things but she hadn’t had the heart to go through my grandmother’s or my dad’s clothes, etc. I was brutal in my clearing out the house of many years of accumulation. Due to my back issues I had to take it slow. I hired a person with a truck to make several trips to the dump and I have taken many carloads to Goodwill in Ellsworth, about an hour away right now due to construction and detours. When I finally get to go home my car will be loaded with just MY accumulations of craft stuff these past 8 months. 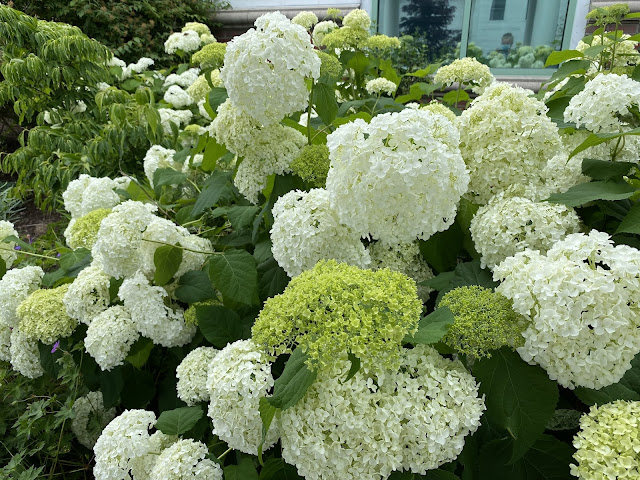 ON THE BRIGHT SIDE

In the past two weeks I have had the rugs professionally cleaned. I also went to MERRILL’S FURNITURE and had delivered a sleeper sofa for the living room and a bed, dresser with mirror and night table for my room. So, the house has taken on a more spacious look but I am still left with a lot of stuff that I can’t throw out. I imagine that there are a few of you who have been in my shoes and know what I am talking about. Down the road the house will be sold and I don’t know what  I will do with it all. Bookcases were cleaned but most of Dad’s favorite books and my mother’s special treasures are still there. Despite all that has left the house there’s still a lot that has stayed! And there are 3 bedrooms that haven’t been touched. We won’t talk about the 3 bay garage, lol. 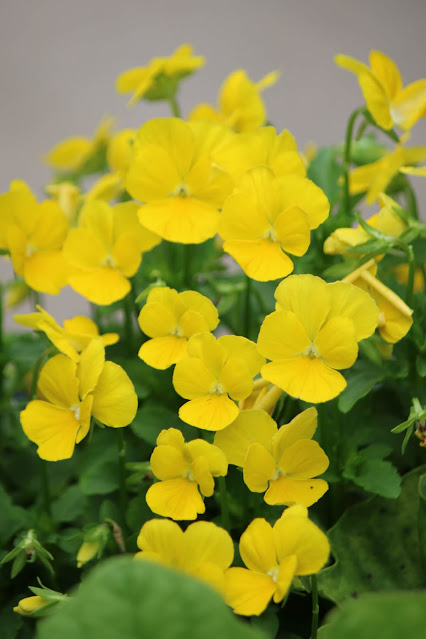 I discontinued the Direct TV service so have been watching DVDs…first, rewatched Miss Marple with Joan Hickson. I love her depiction of AGATHA CHRISTIE’s murder mysteries. So soothingly relaxing, like visiting with an old friend. From there I graduated to BALTHAZAR. What a contrast! 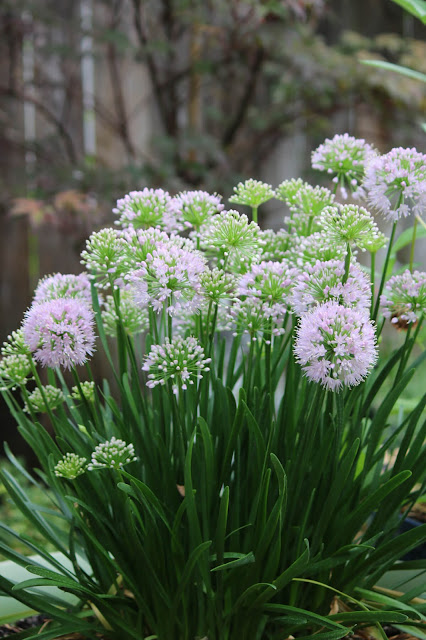 Aside from a few enjoyable lunch dates with old friends and school chums
I have also read many books on my KINDLE. Murder mysteries, of course. The last series I finished was by an author called Steve Parker. I didn’t like the language but hung in there. Before that I was on a ANN CLEEVES journey and can highly recommend her INSPECTOR RAMSEY series. However my favorite has been VERONICA BLACK’s Sister Joan series. Excellent!! And in the same vein…but not quite 4 stars…Sarah Sheridan’s Sister Veronica series. I have not been in the mood for any of my other hobbies.  I love sitting out on our old deck though, breathing in the salt air and just taking in the Summer busyness of this Cove. It is so enjoyable after the quietness of COVID. 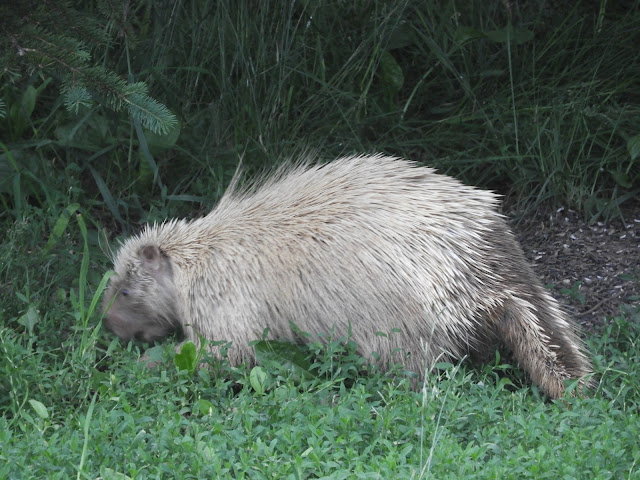 I do have a lot of wildlife pictures to show you as seen through my kitchen window but for now I will close and make much needed phone calls as well as packing boxes to ship out to my brother in California. A job I have been putting off. 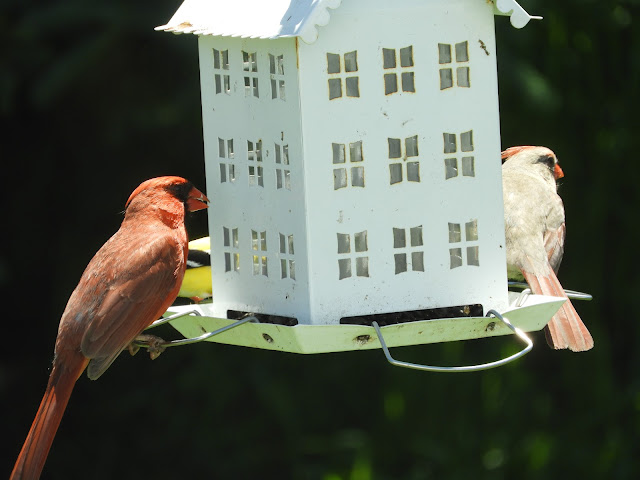 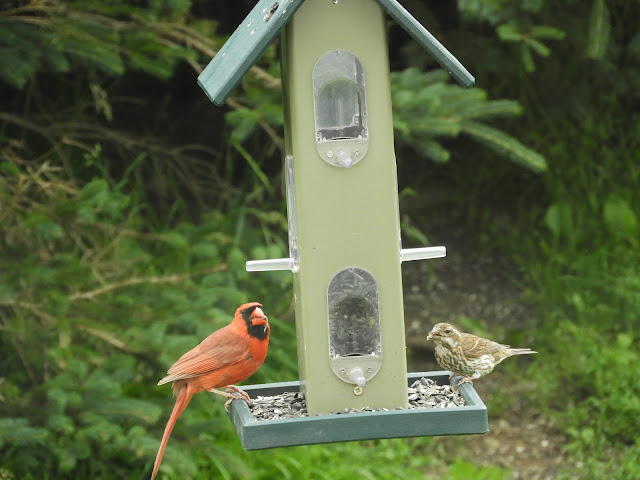 I hope that you are all well and enjoying your Summer. It is so beautiful here on the Island. I hope that your world is blooming also! ❤️
Take good care of yourselves,
Susan
💕 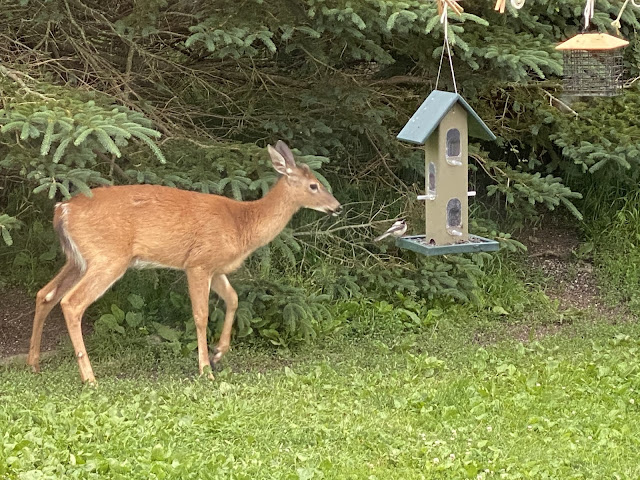