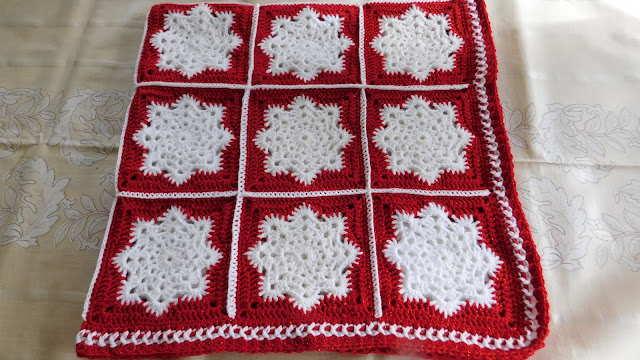 HOOKY LOVE Hi there, It's a rainy and windy day here so I am glad that I took the time yesterday to photograph my snowflake throws that I started some months ago but put aside for the summer. Last week I marathon hooked until they were finished. I haven't blocked or pressed so this is the way they came off the hooks but I am happy with them and I think they will add a colorful flavor to my Christmas decorating.  If your are interested in the pattern I took it from a great blog called....Betsy Makes. It is under her posting done last November. I made mine using a size H hook and Caron Simply Soft Party yarn. It has the shimmer or glittery silver threads spun into the yarn to make the snow flakes pop.      I added my own finishing ideas with joining and the borders. The green has a ruffle and the red has a row of bpdc and fpdc as well as a small ruffle.  Hope you like and thanks for stopping by.
Post a Comment
Read more

SPLASHES OF COLOR IN OCTOBER 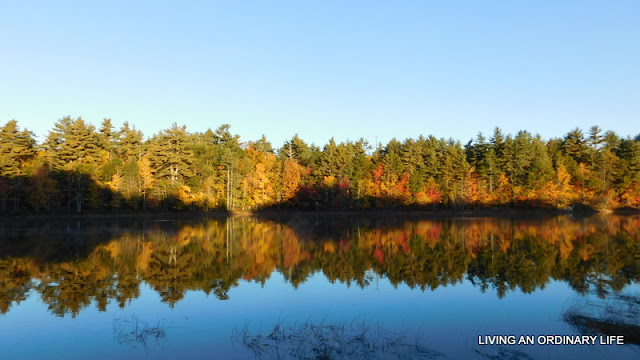 Hi out there in blogland! It's Fall here in eastern PA, (USA). However, most of these pictures were taken on a trip to Maine and the colors there were just beautiful.  I took a trip to Bar Harbor and walked along West St where the old mansions are. The Harbor was buzzing. Schooners, a cruise ship, whale watching boats, light house tour boats and nature tours via the ocean were just a few on offer. The restaurants were very picturesque and there were inns and hotels and B&B's everywhere. It was late in the season but the tour buses were coming and going. I walked up and down hills until I couldn't take another step. It was exciting but I don't often go there. Once every 5 years is enough for me. The park (Acadia) was the same. I actually had intended to go to the park only but I didn't like the long lines on the "Loop" so I turned around and decided to do the Waterfront in Bar Harbor instead.  In
Post a Comment
Read more
- October 04, 2015 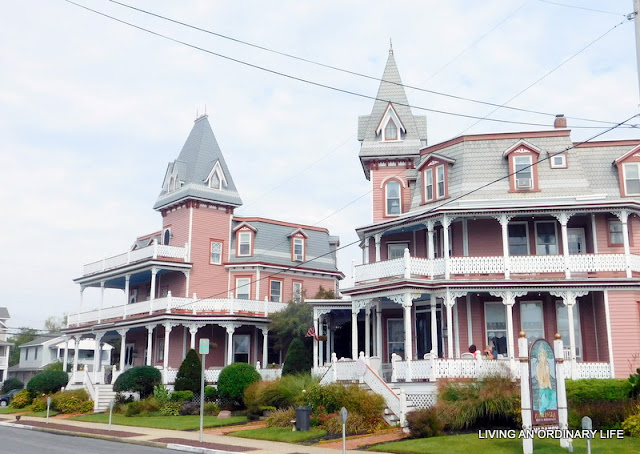 Houses of Cape May This is really Part II of a blog posting I did on a mini vacation that my daughter, Judi, and I had planned for a much needed getaway. Although the weather didn't cooperate and we had to leave a day earlier than planned we managed to enjoy the sea air, good food and shopping. It was cloudy and humid and during a period of about 2 hours when it was partly sunny I raced around and took a bunch of pictures of some of my favorite houses.  I would be remiss if I didn't start with the beautiful B&B, Angel of the Sea. Some years ago I toured this house-it is actually 2 houses connected. There is a story that goes along with the history of the house, how it was moved here in sections from another location many years ago. It has the distinction of being.... Notice this one is circa 1700! It was hard to keep the camera still with the wind but I really like this house s
Post a Comment
Read more
More posts