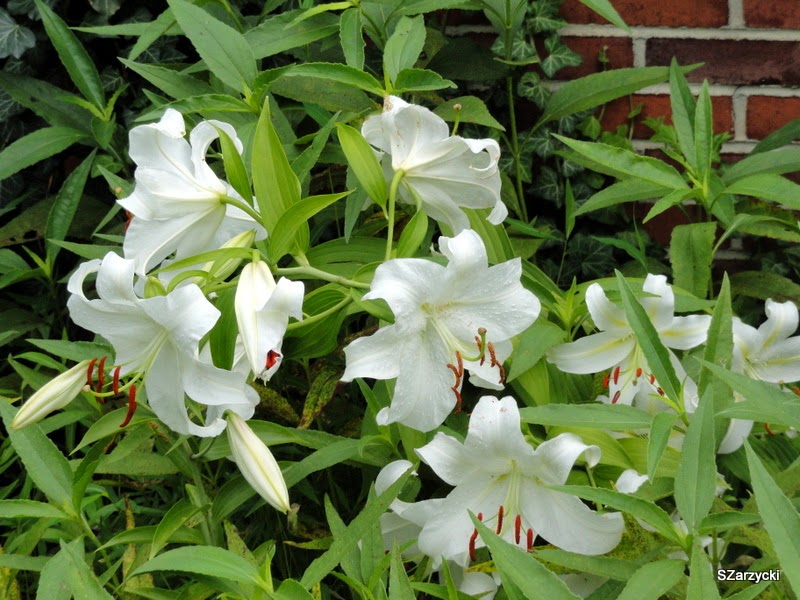 Roger and I have had some discussions about selling our house and downsizing. We've even been looking at houses on the internet, talking to realtors,  and had our house appraised. It is certainly a buyer's market! We've gone to some open houses and realtors have shown us through several houses that we thought we might like but so far we have not seen anything that really rings our bell. It would require a LOT of work to sort through all we have accumulated through so many years. A house, 3 garages, 2 sheds and a full basement packed full!  And it is so overwhelming to even contemplate how we would go about accomplishing it that we keep shelving the inevitable until another day.
﻿ 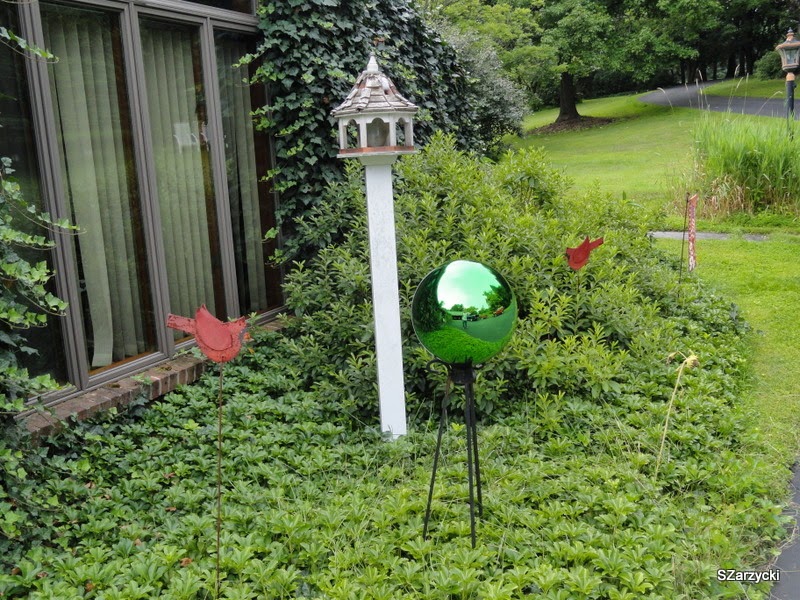 ﻿
A SLIPPERY SLOPE
﻿
As my regular readers know, I have been feeling poorly for sometime now. I finally went to my family doc and complained again about tiredness, feeling crappy and sore and painful feet. Blood work showed very high blood sugar levels. He had me check my blood sugar on my own with the stick and check method while following a strict diet low in carbohydrates. This study went on for several weeks and was very revealing to me regarding my daily sugar consumption. Sure enough, full blown diabetes. Now I have made it my goal to become very knowledgeable about the disease and how to control it. I DO NOT want to become dependent on insulin shots! I am very thankful to have caught this sooner rather than later. I will be attending Diabetes classes and now that the self pity has worn off I am looking forward to learning how to live with it. Funny, I must have known subconsciously what was looming over me because I have been collecting diabetic recipes for years! I thought it would be my dad that would need them because he has been prediabetic for a long time and my grandfather died of complications from diabetes. It's also amazing to me, now that I have the disease, how many people I talk to that have it also! 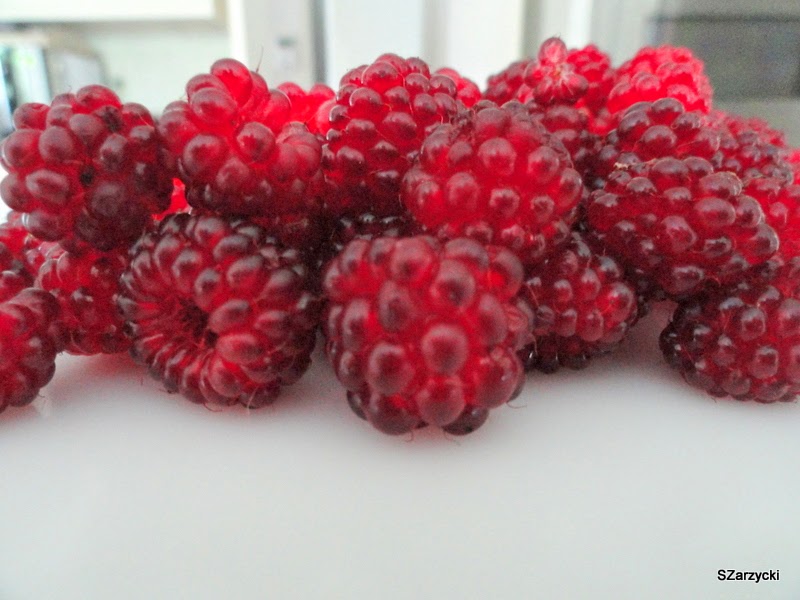 Moving on....we are picking as fast as we can the raspberries that are so bountiful all over our property this year! So sweet, so yummy. We use the pick and eat method, they don't make it to the house most of the time. I have to watch how many I eat but Roger and the neighbors sure are scarfing them up! 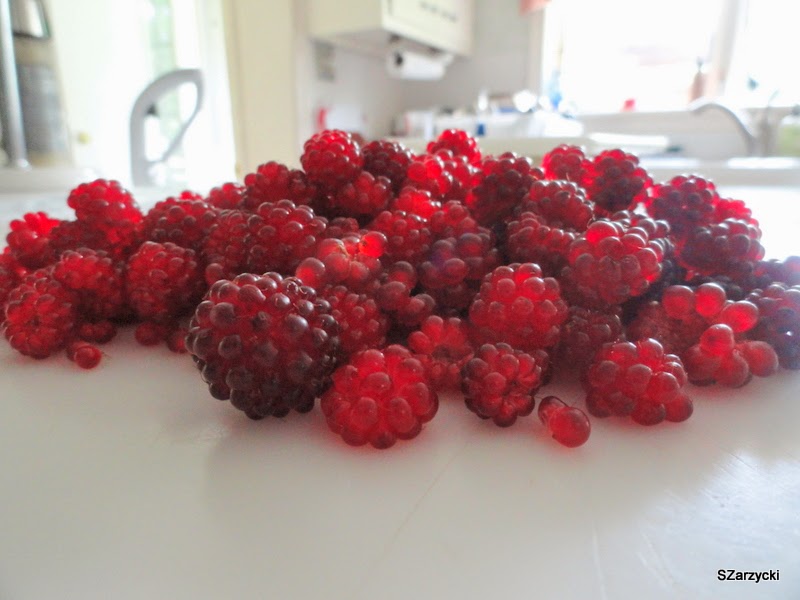 ﻿
I have noticed that our perennials don't look as pretty as other years. The Jerusalem Artichokes are scraggly and our ornamental grasses the same. However, our lilies survived after all even though they did quite poorly last year. So here are a few pictures of what's blooming at the moment. 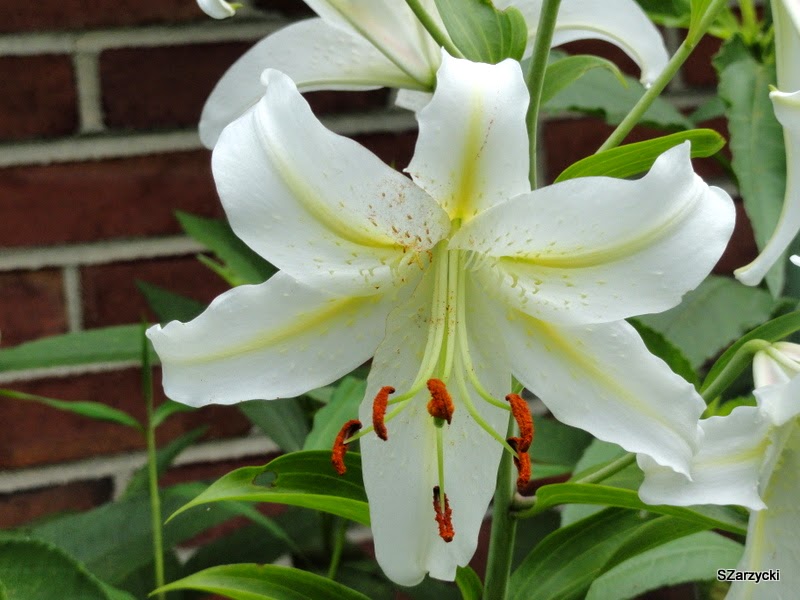 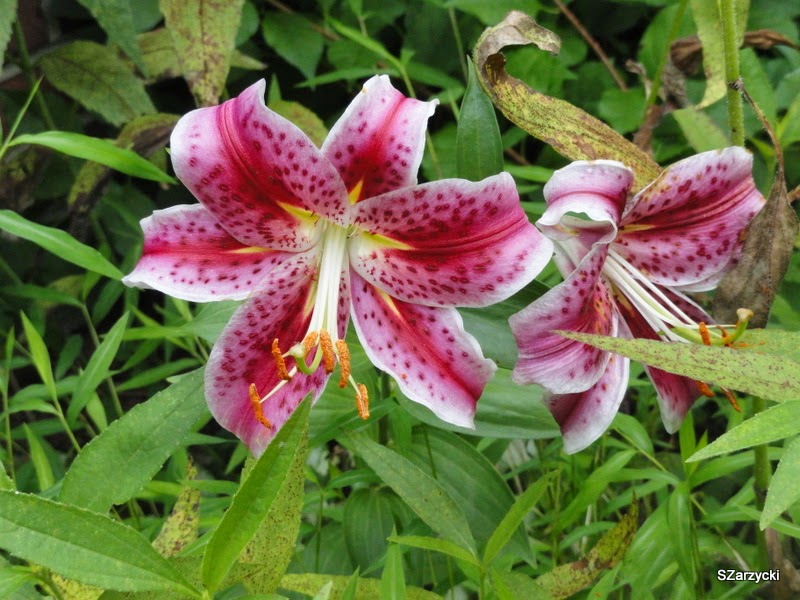 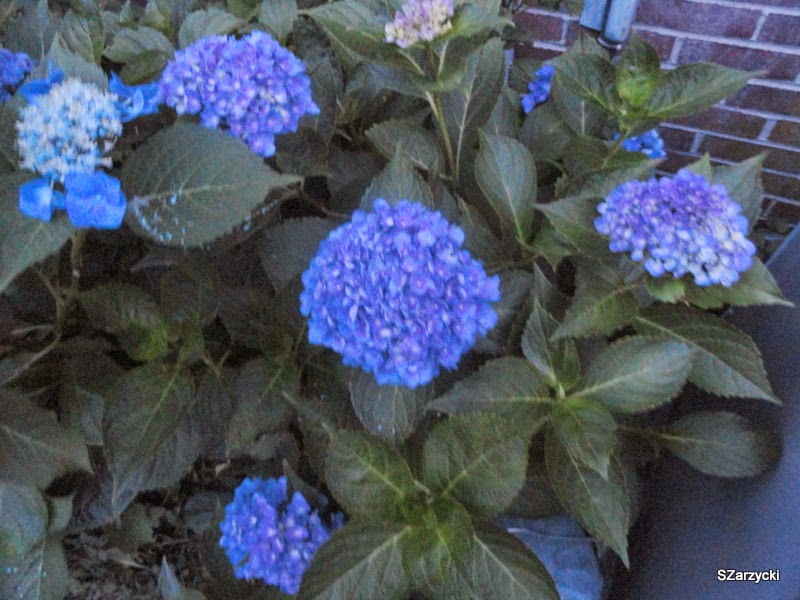 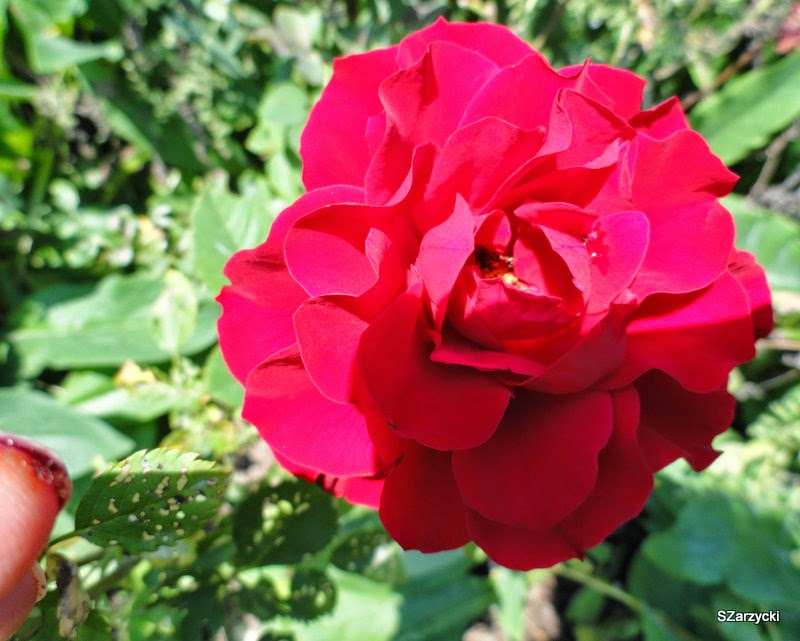 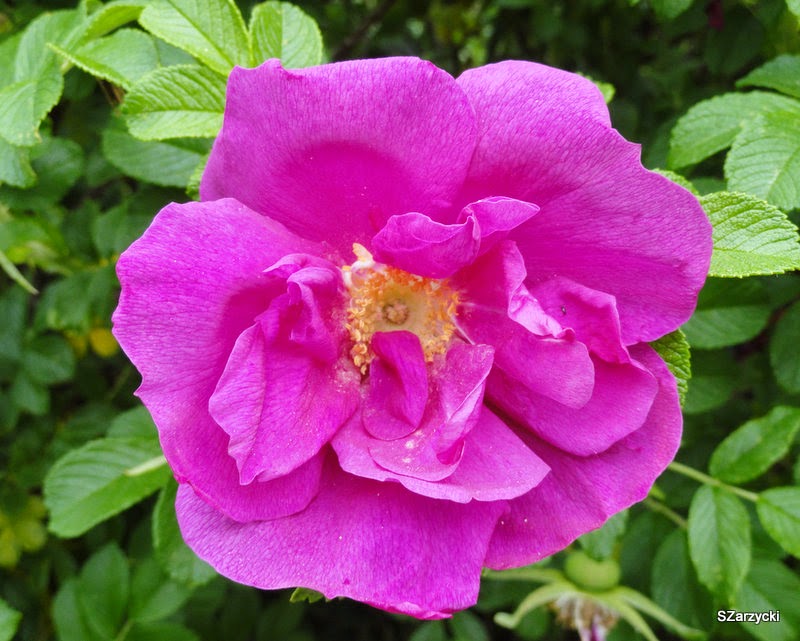 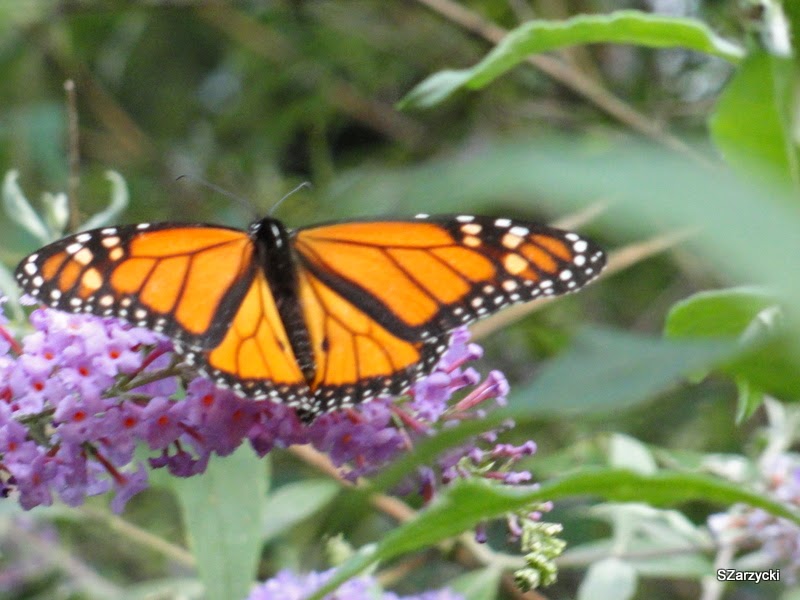 I haven't been hooking very much lately. Mark has been on vacation and Roger has been home for over a week. We have been doing the house hunting thing, working around the house and eating out with friends. I have been reading book after book of murder mysteries. Appointments up the kazoo.  But I did do one doily in a pretty gold/wheat color just to try out the color. This is a poor picture of the color. I thought taking it outside would enchance the color instead it washed it out to look more tan than wheat so I guess you will just have to use your imaginations, wink, wink. The pattern is called "Sunburst". I should have starched and blocked it but didn't. Who knows when that would have happened, next year? 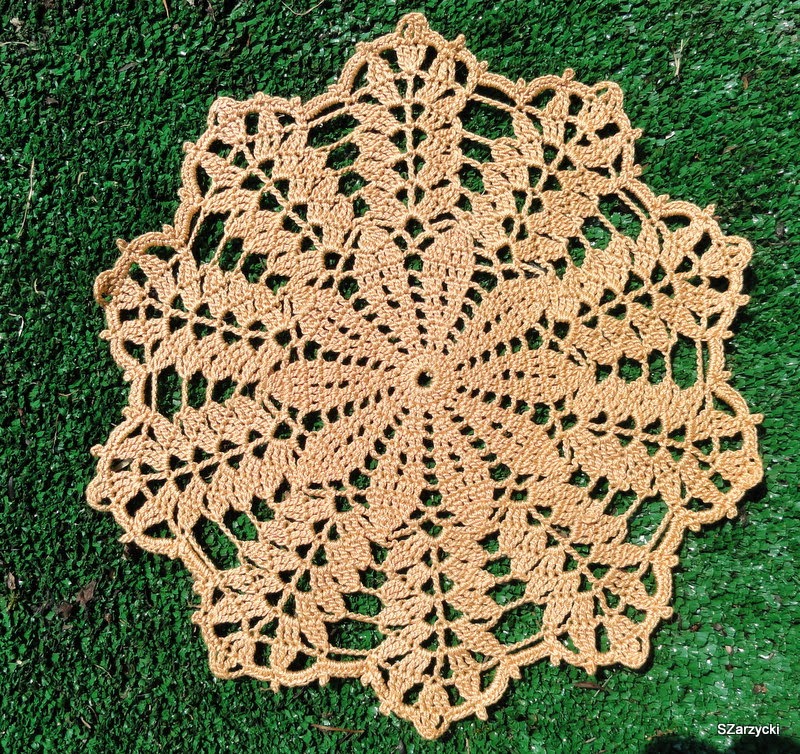 A new color for me in the Cebelia thread line. I intend to do several more for the Chinese cabinets at the top of the stair landing where I have pictures of my children when they were little and also their wedding pictures on the wall above the cabinets. I am thinking that white doilies would probably look the best under the lamps. 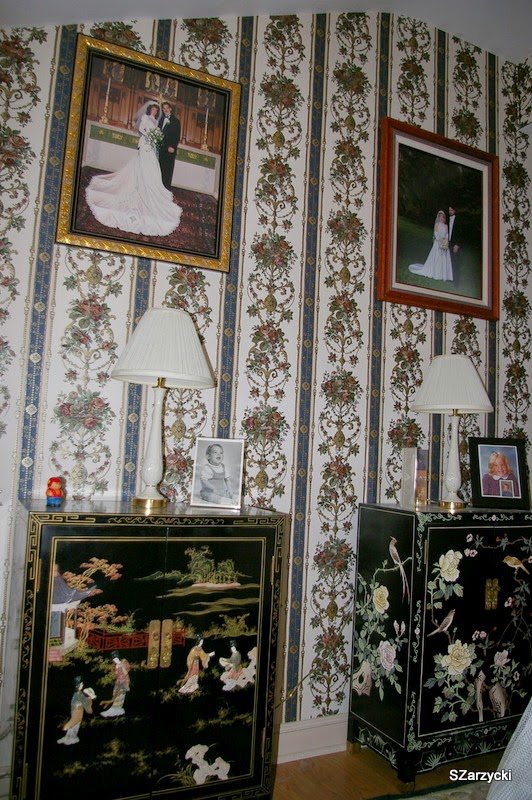 When I was at home in Maine last month my mother gave to me one of her treasures from her past and the past of both her father and grandmother. A lamp that is soooo pretty! According to my 87 yr old mother it  is over a hundred years old easily. Through the years it had a fall and the globe that covered the chimney was broken. That's okay. It still has it's integrity intact as far as I am concerned and I now will treasure it. In my mind's eye I look at it  and try to place it in my great-grandparent's home (which was also the home of my
grandparents) in the living room on a table in front of the bay windows looking out to sea ever watchful for my great grandfather's return home from a long voyage that has taken him far from home. He spent most of his life as a sea captain on one of the larger sailing vessels owned by very rich people who had nothing better to do than travel around the world. He was gone for months at a time. Maybe in HIS mind that was a good thing since he had a wife and 8 daughters and 3 sons waiting for his return. 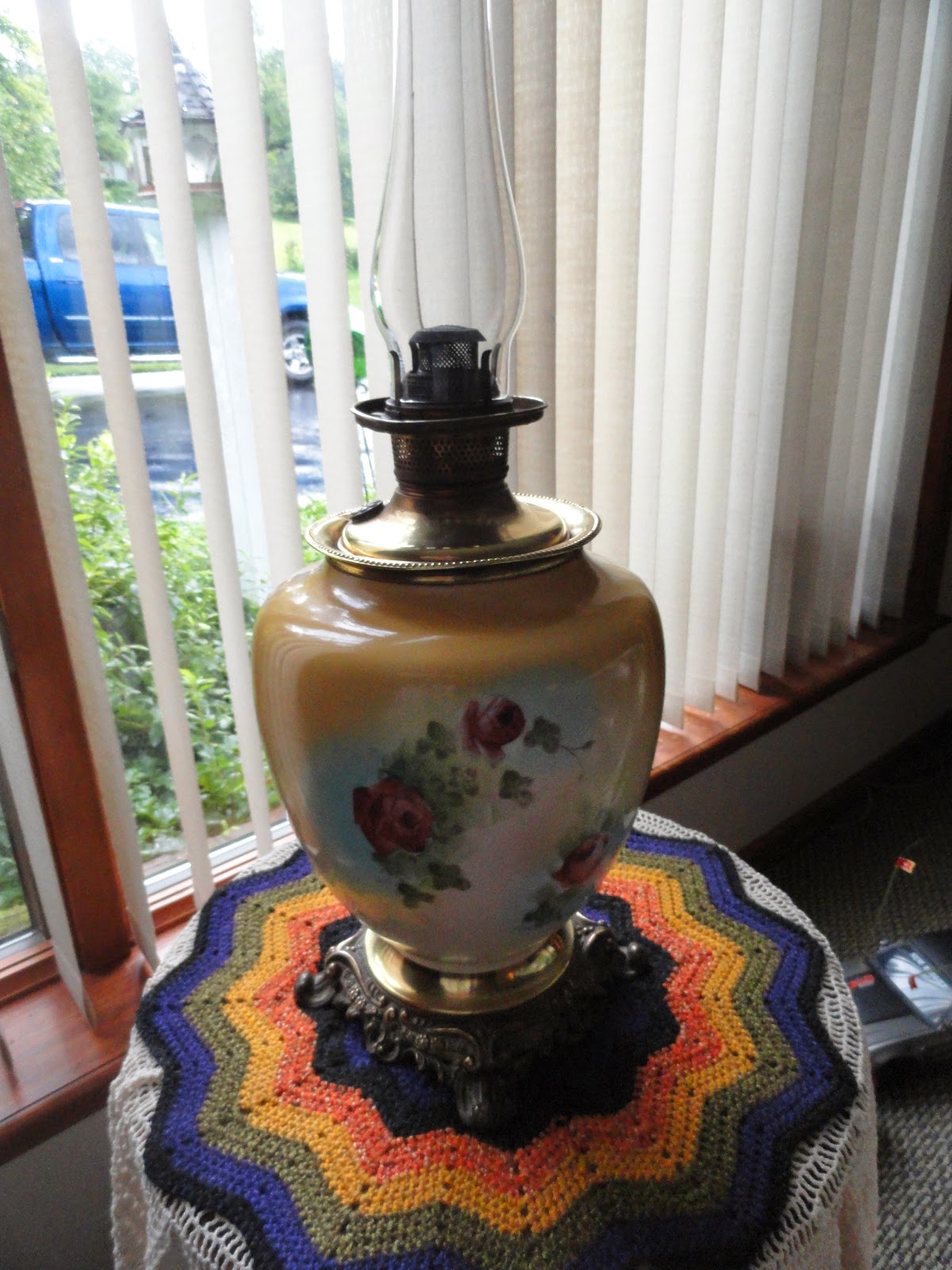 I hope you have enjoyed your visit with me! I will be traveling back to Maine next week to spend a few more weeks with my family there. Then back here to go on a bus trip. Take care and be a blessing to someone today!
﻿