ON A CLEAR DAY 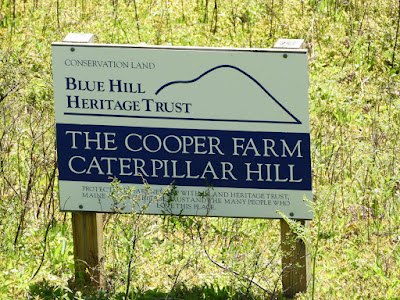 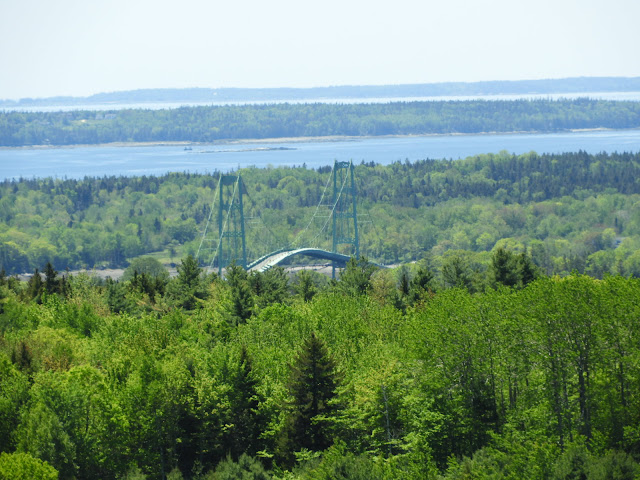 Hello there!  We have had our fair share of rainy days lately. However on one of our warm and lovely days I took the camera and headed out to do some errands. I crossed Little Deer Isle to head off the Island. Our bridge off the Island is often under construction  and this day was no different  with a  long line of traffic backed up to get across the bridge. So I decided to turn left into  Bridge End park where  there's a little eating place with picnic tables  along the shore. It has a lot going on there with a pier, boat launch and wonderful views of the bridge. This spot opened up last year I think but was my first time eating there. I  really loved my lobster roll, chips and soda. The ocean was flat calm so I took lots of pictures. The Osprey nests at the top of the towers were just a speck but I zoomed in  the best I could. (When I crossed the bridge yesterday the eaglets were large enough that you could see their heads up above the nests.)  Under the bridge is a tiny island. So cute! Then I crossed the bridge  to Blue Hill (15 miles) to gas up my car and do some grocery shopping. On the way I stopped at Caterpillar Hill. It was a clear day which allowed me to take a few photos of the distant islands as well as Little Deer Isle. Once in Blue Hill I went to a little park  where I could see lobster boats loaded with traps way out in the harbor. I zoomed in on a ledge way out in the distance and was surprised to see that what I thought were cormorants sunning themselves were really  Mallard ducks! I always think of Mallards as being fresh water ducks. We do have them here at the house that we feed and when they take off they head out towards the islands. 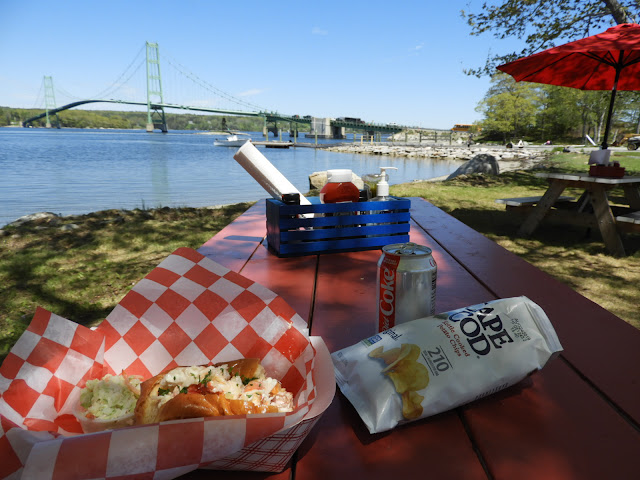 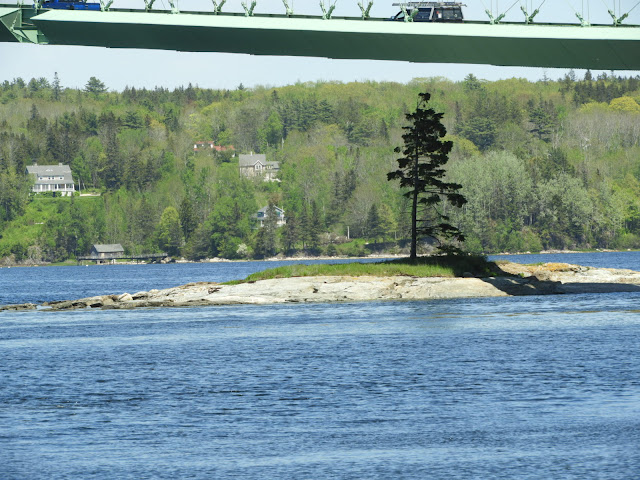 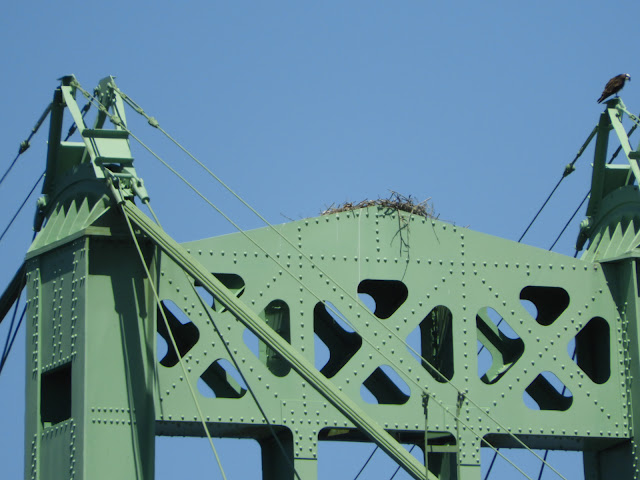 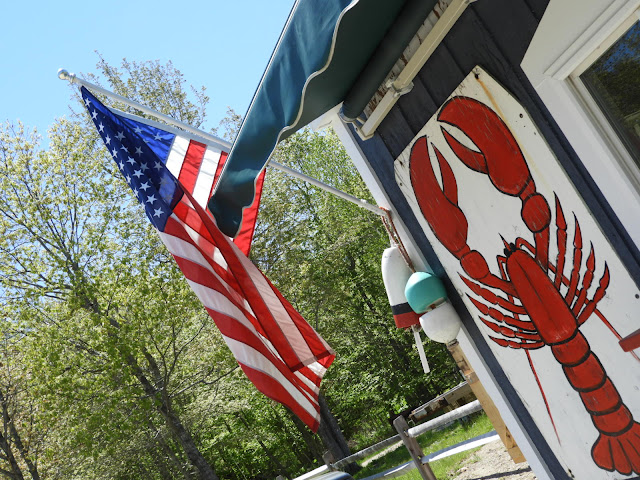 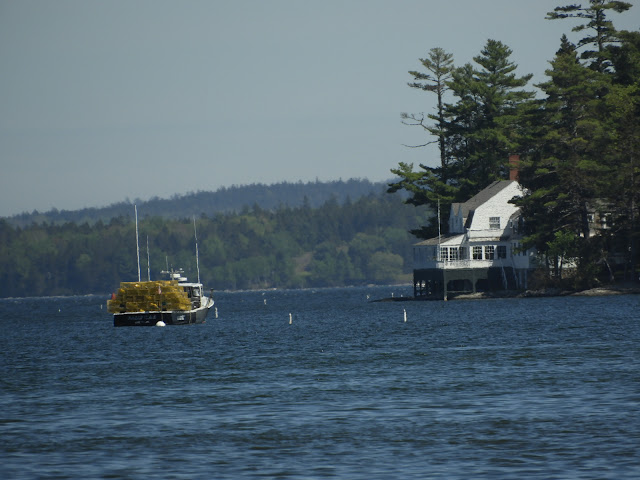 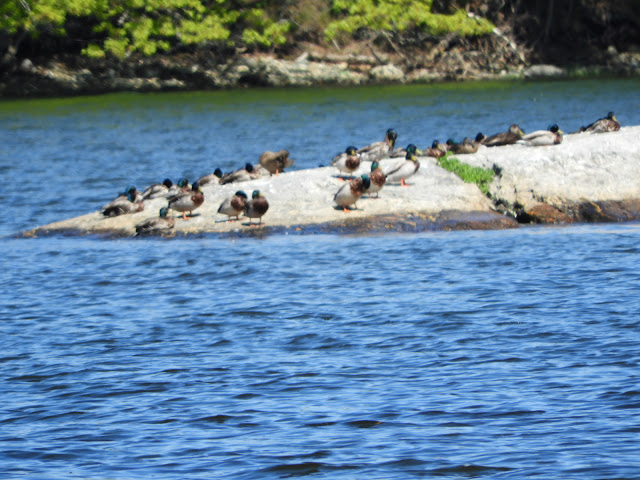 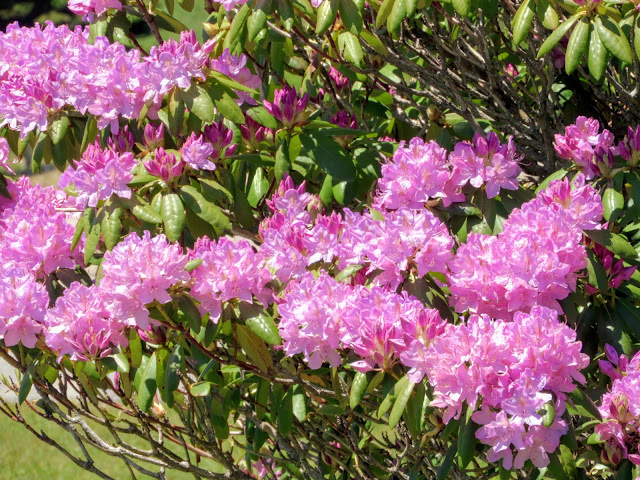 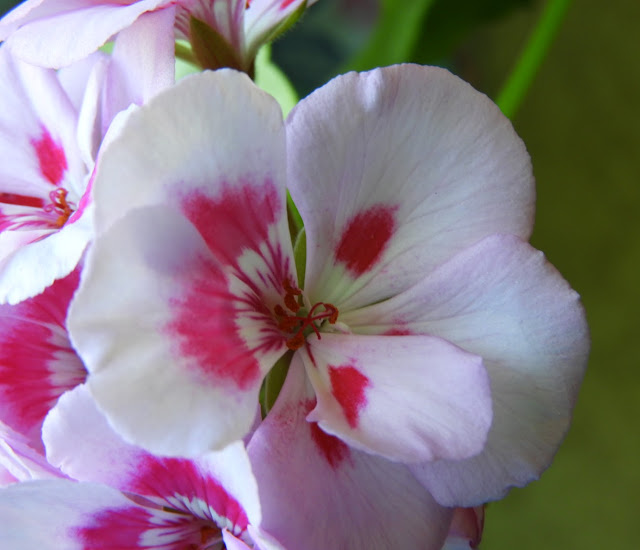 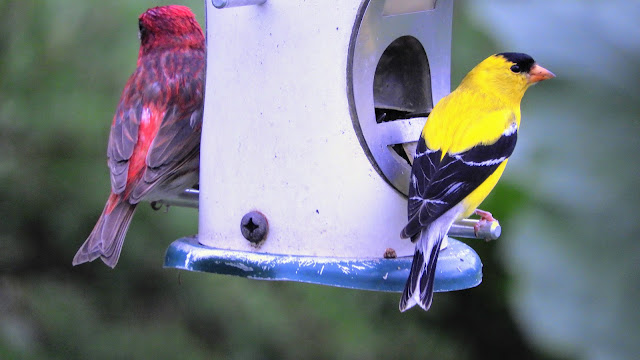 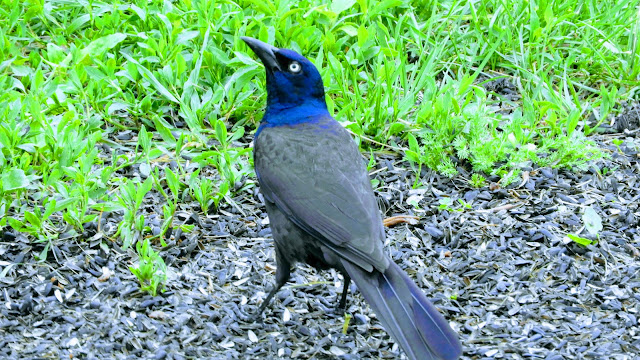 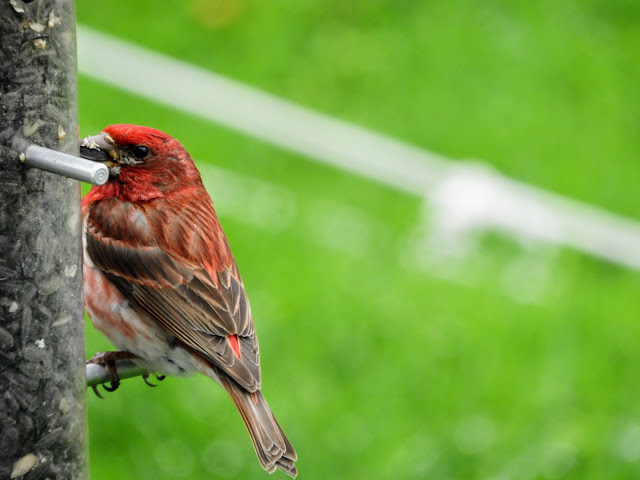 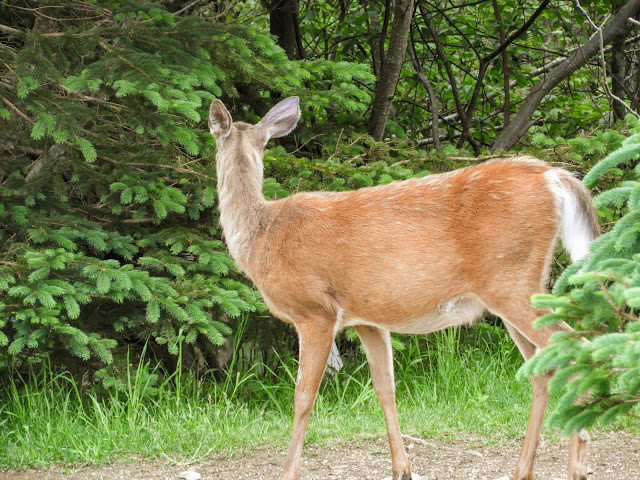 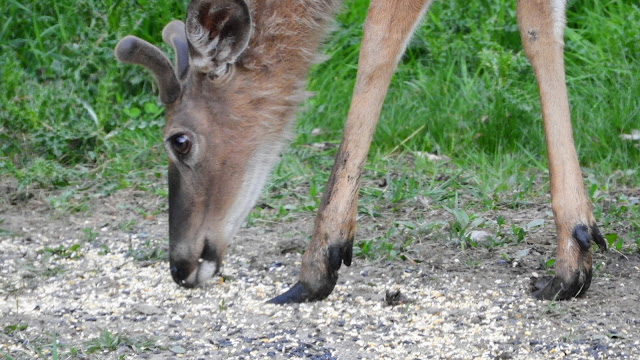 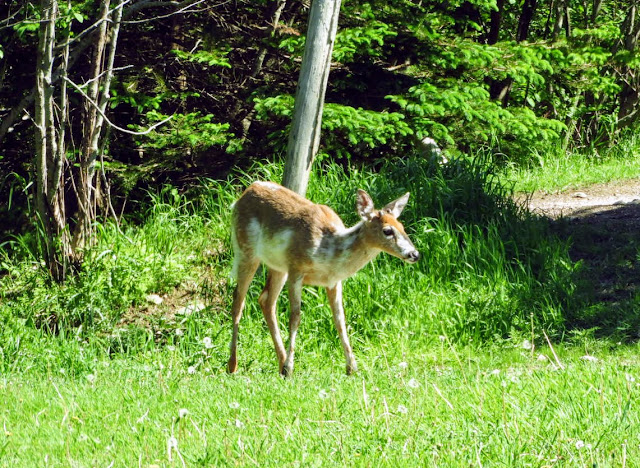 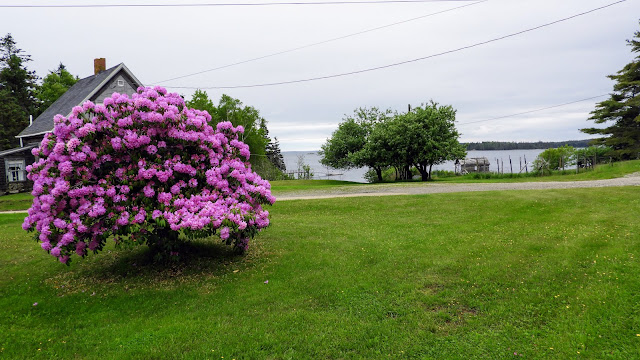 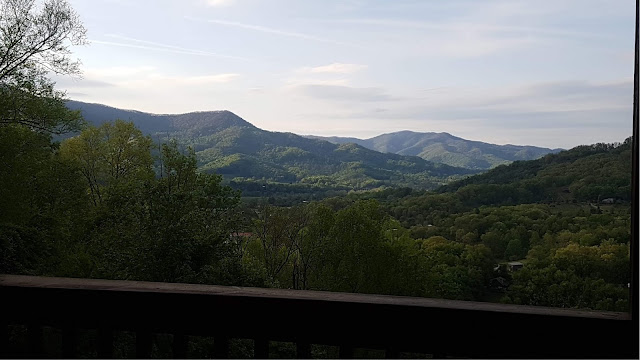 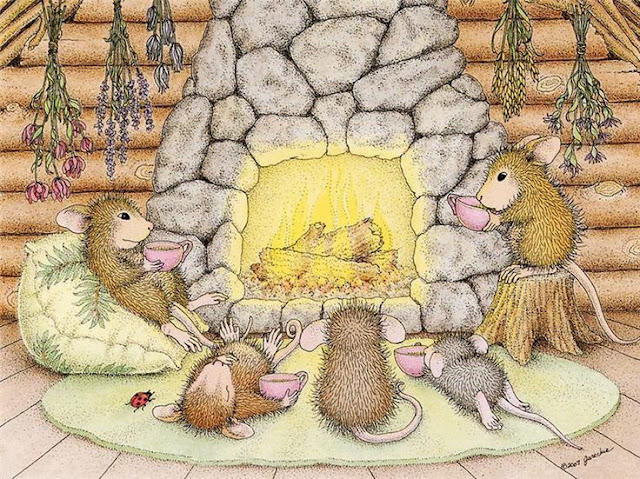 THERE ARE NO STRANGERS HERE 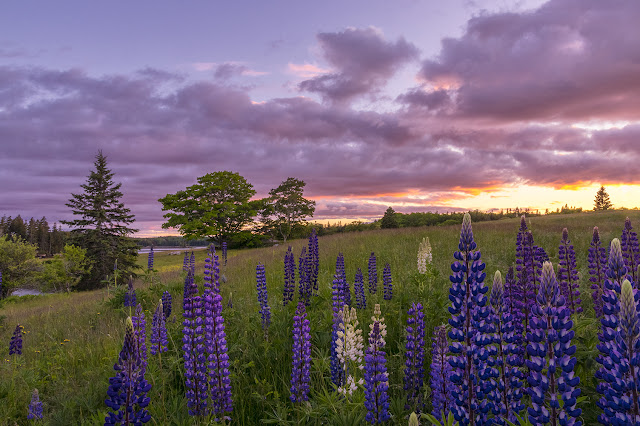 Hello bloggy friends. I hope you are all well and happy out there in the world. It’s beautiful here in Maine on Little Deer Isle. The LUPINES are everywhere as are the LILACS. They all just grow wild and free wherever they are allowed. Windows and doors are open, cottages are being opened  up for the Summer, boats are launched, and the lobster fishermen have set out their traps. What a lovely time of year.      Remembering Mom On Memorial Day my dear mother changed her earthly address for a heavenly one. Last week she suffered a massive stroke on Thursday. A day that will be etched in my memory forever. And, I will miss her, I DO miss her. She was a dear sweet woman with a core of iron…under a veneer of fragility. And, like this last red rose that my brother gave her, she could not live forever here on earth but she is certainly blooming in Paradise with her beloved husband and other loved ones. Her favorite Psalm was 100. And her favorite hymn was IT IS WELL WITH MY SOUL. ❤️ She was
Read more