Oh, my goodness, I have really been out of it lately! Exhaustion from lack of sleep, body aches, and the list goes on. Just a big bundle of blah. Mom's poor body has ballooned with fluid again so we are quite the pair. And, not to leave out Bebe, the aged cat; she is tottering around wondering why her feeding schedule is all out of whack. A lot has been going on here one way or another. Her noontime daily raw scallop has lately been served closer to supper time. This is a picture of Bebe taken some years ago before kidney disease took over her life. 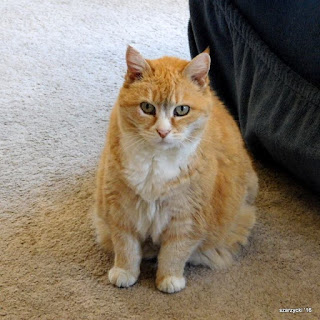 She was a spayed stray that was living under an old shed. Mom started feeding her and eventually, she became a member of the family but with a definite attitude problem. No one but Mom could touch her and even she was limited to her back and tail. If you valued your life you never, ever, tried to pick her up! It was quite the undertaking to get her in the carrier and to the vet. It involved cunning, the art of a well-planned surprise from the rear, long sleeves, gloves and a large towel. It also helped to be able to tune out distractions while driving because you would think she was being tortured from the sound of screeching emanating from her carrier. These days she is hard of hearing, very fragile and a shadow of her former self. She's on a special diet of prescription food and lives only for Mom.  Occasionally Bebe has had ugly seizures  and they are very upsetting to all of us. She comes out of them and carries on. I just pray that when she "goes" she does so, peacefully, in her sleep. Mom will be heartbroken but I have been trying to gently impress upon her that it could be soon. The Vet gave her a year about a year ago.

I was totally expecting to be back in Pennsylvania by this time, after all, I have been here since before Thanksgiving. But, needs must, as they used to say.  I sure miss these aging gals- Lucy and Dolly. 💘 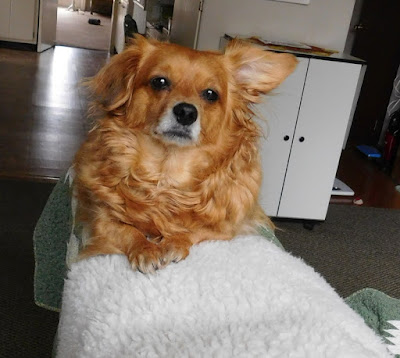 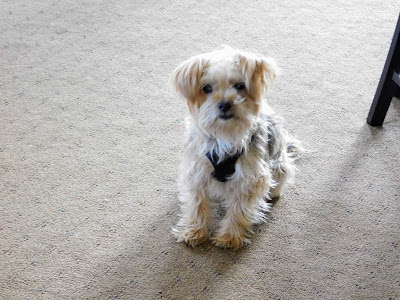 Today it's 25 degrees, partly sunny and extremely windy. We have been blessed with mild temps in the 40's for a few days but the wind has been brutal lately! I shoved myself out the door a couple of days ago and practically flew down to the shore.  It felt good though! I had been in the house forever! I took a blustery walk around the shore and climbed up and down around Summer cottages.  These are the pictures I took... 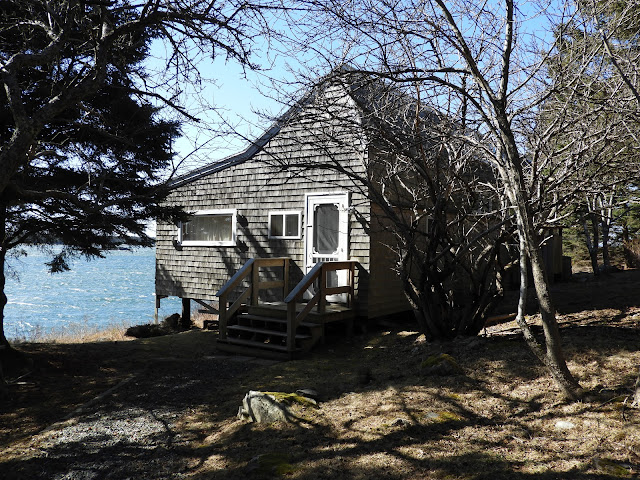 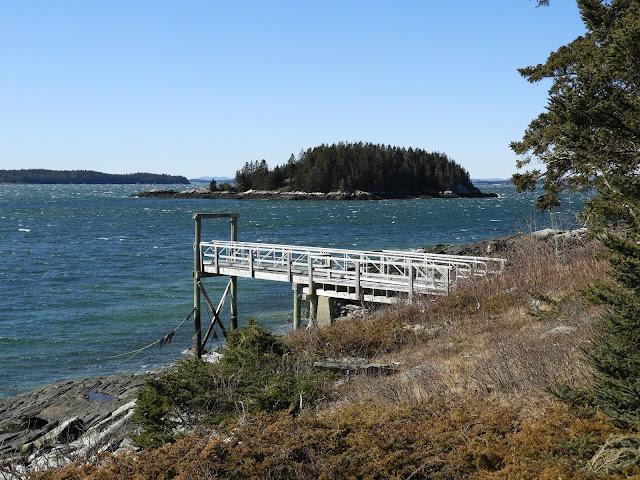 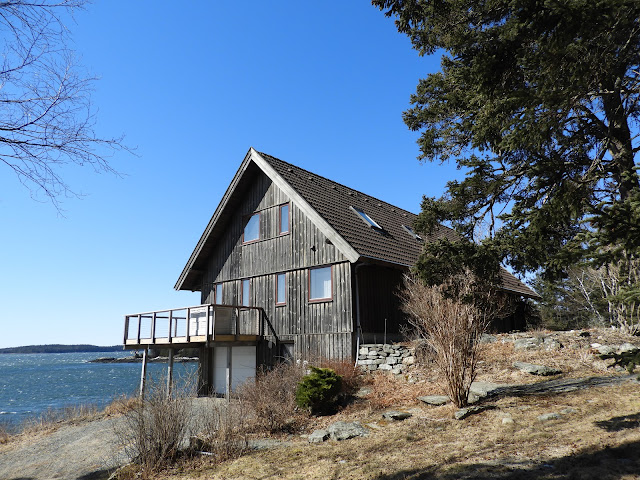 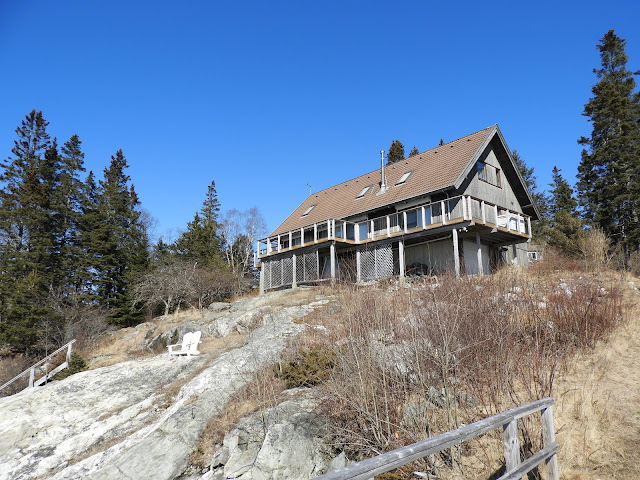 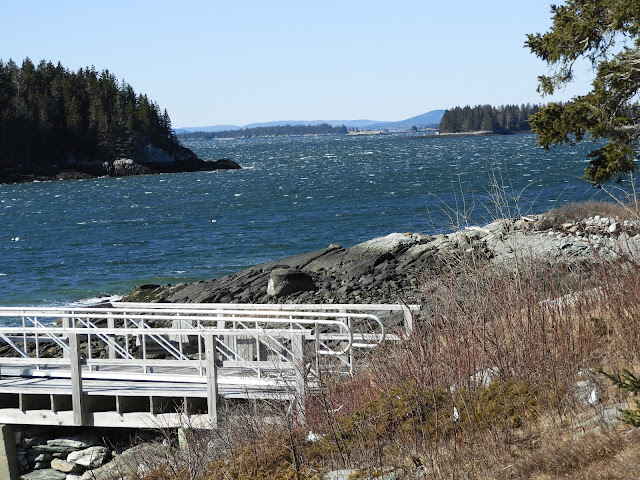 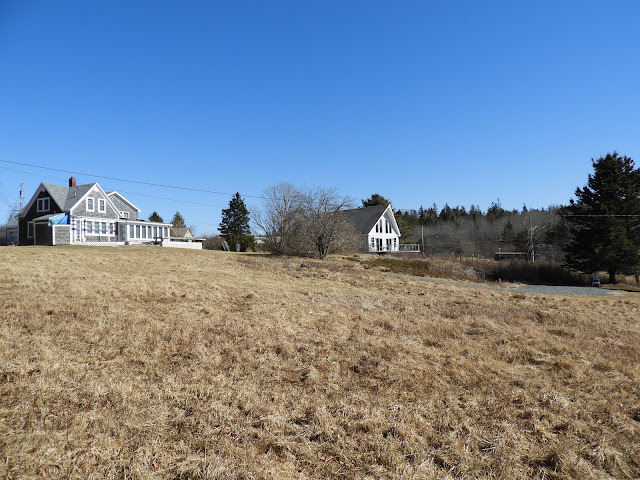 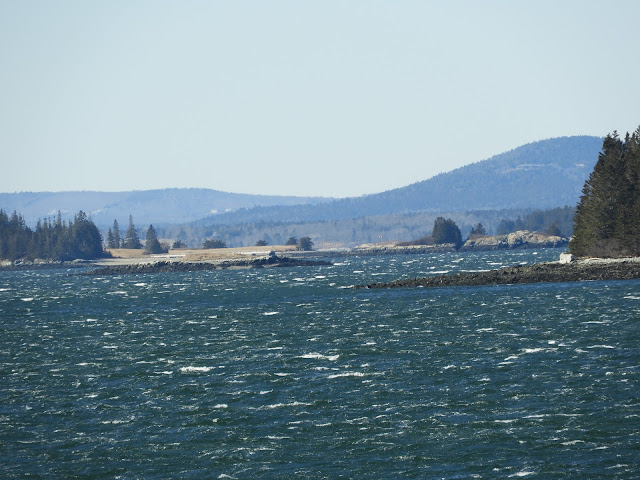 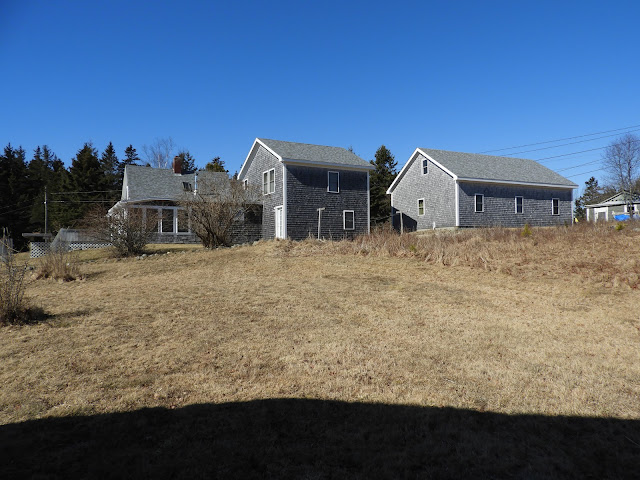 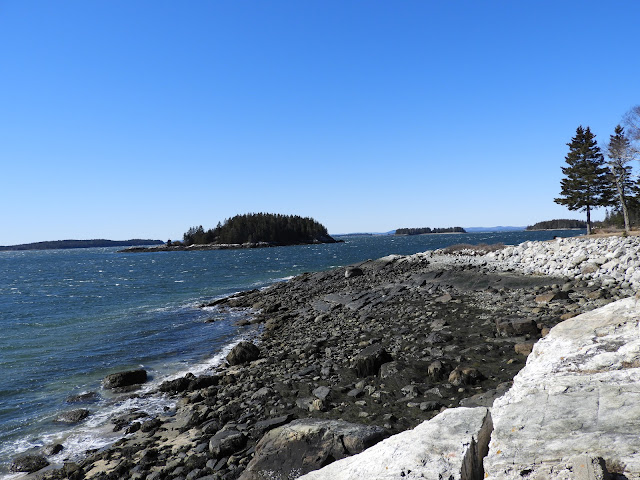 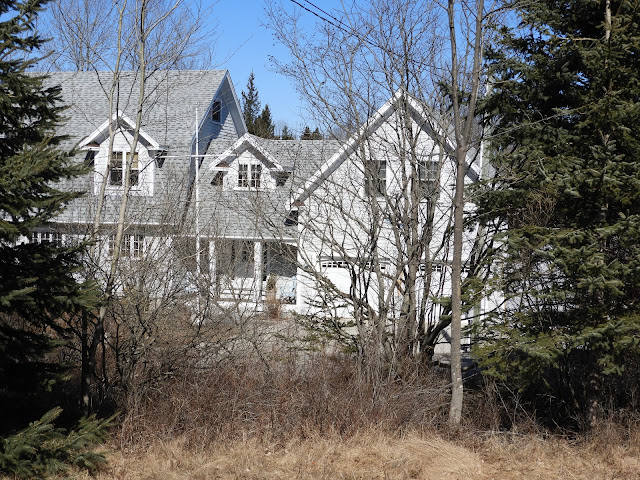 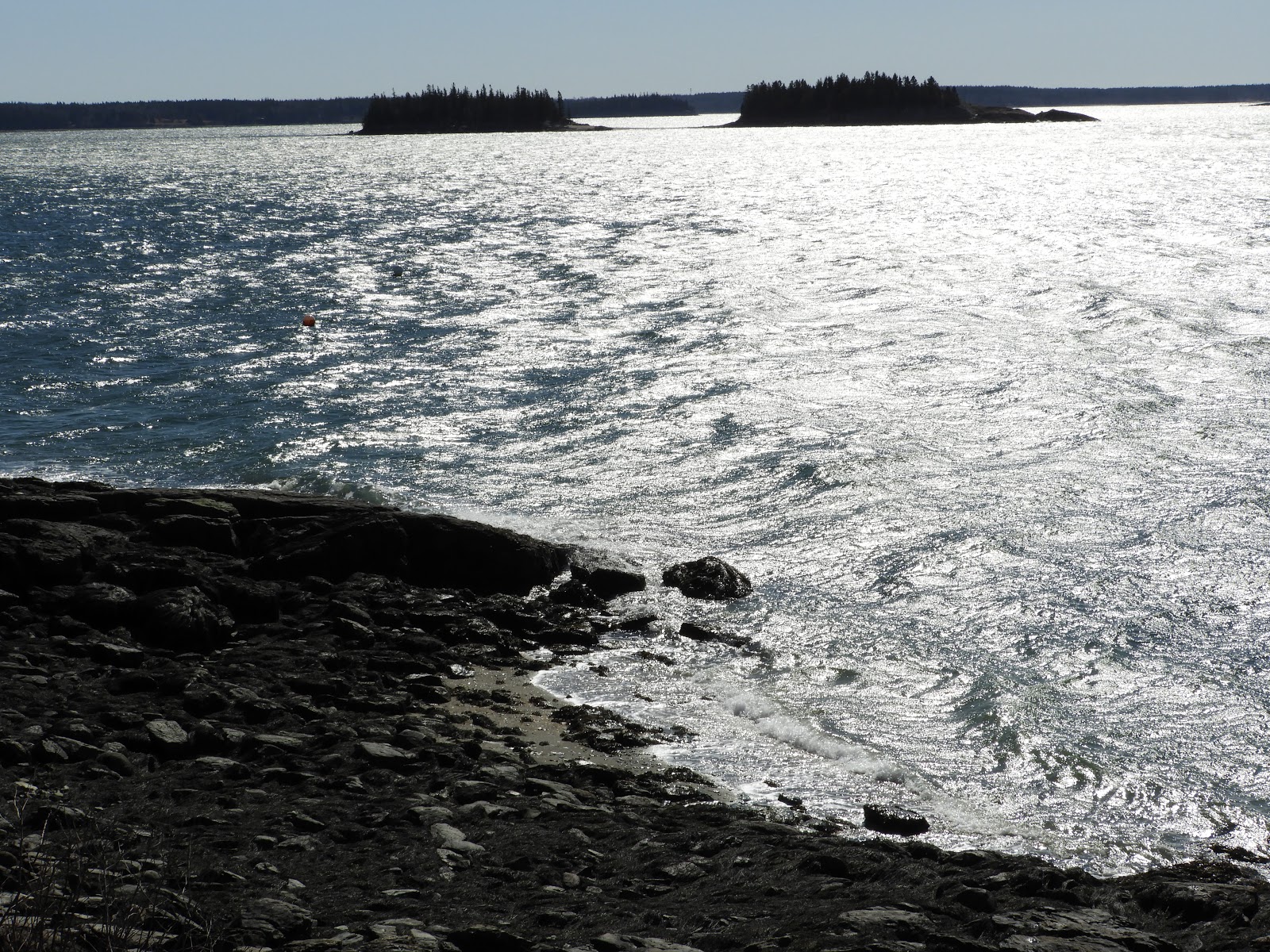 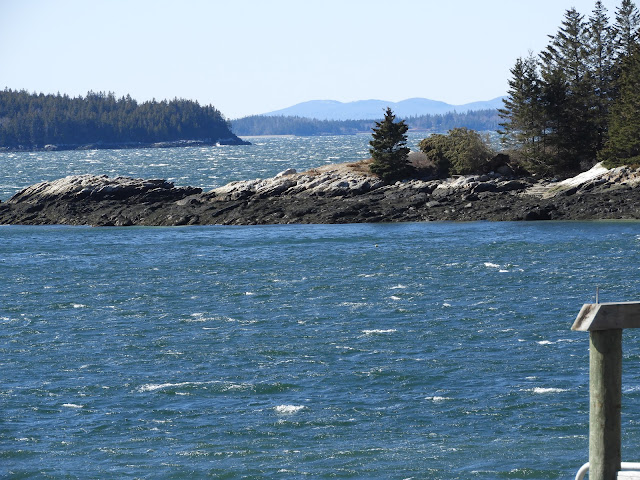 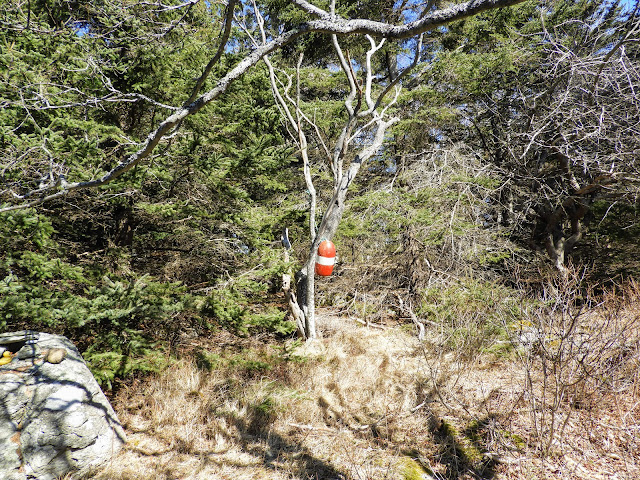 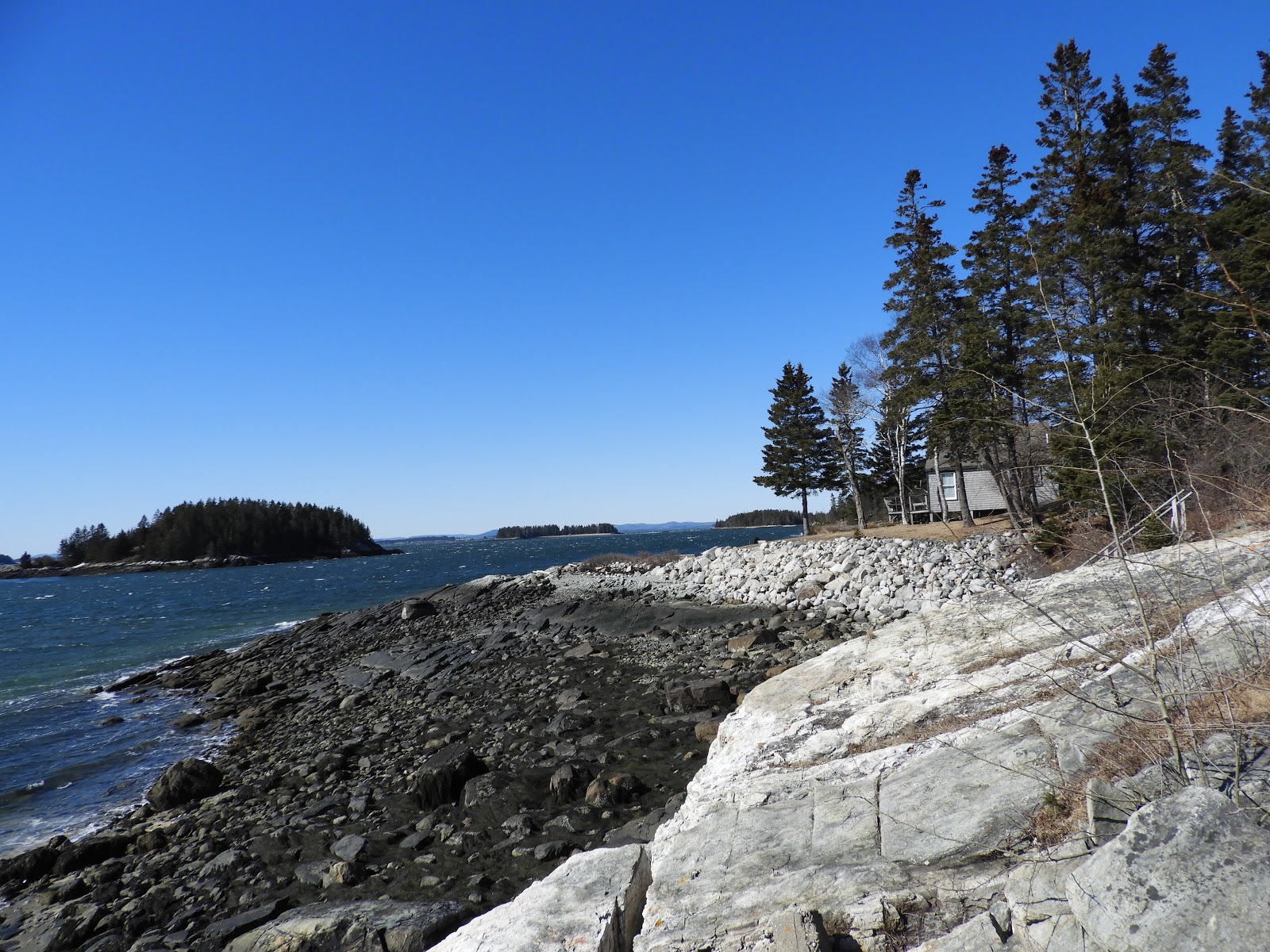 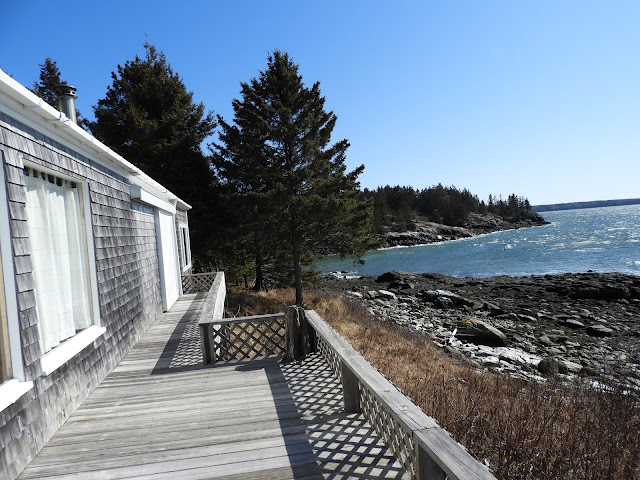 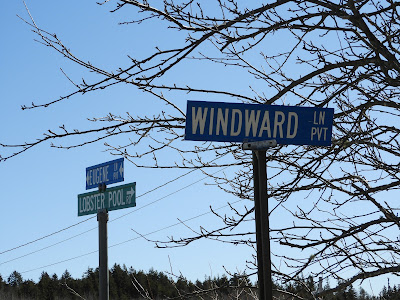 So, I ended my walk over by the little cemetery that has the family graves on my Mother's side. Dad is buried there. Well, actually he's not. His gravestone is there but his urn sits on my mother's dresser until she dies and then they will have a double funeral and be buried together. She talks to him every night. Don't ask. 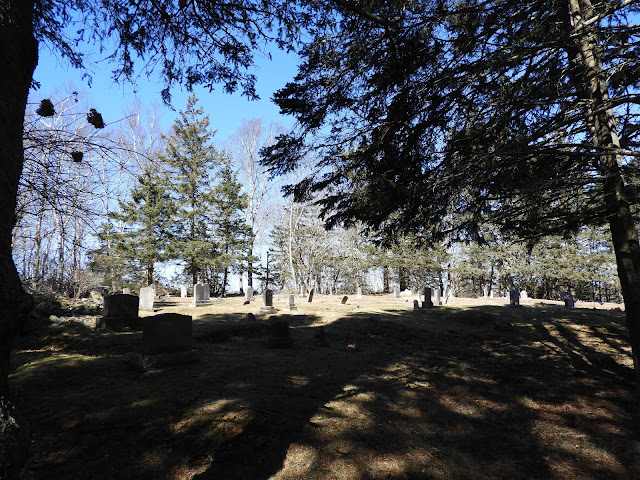 THROUGH THE KITCHEN WINDOW

And lastly, I splurged the other week and bought a new birdfeeder. I am not a big believer in spending a lot on a fancy set-up for our feeders. The weather is severe here at times and has been known to be destructive to feeders and anything else not secured. This winter we lost several cheap feeders from our line. I replaced my lost feeders with this cute metal house... 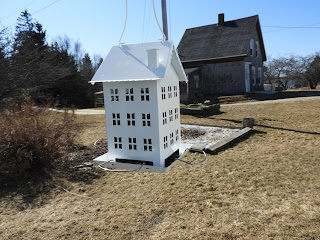 Our neighbor couple that lived in the house behind the bird feeder were taken to the nursing home last week. So, now it's just Mom and one other neighbor who are full-time residents in this section of the cove. She took it really hard. They used to talk on the phone, watch out for each other.  She feels like she is on her own now, except for me, of course.😉 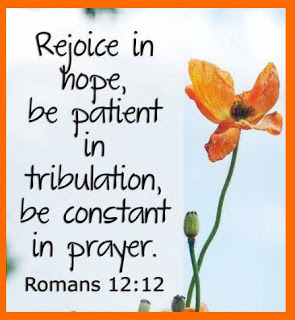