MORE OF THE SAME

Hello, dear readers. Thank you for your comments about my photos of Maine. I am afraid I have more of the same today. Today is Sunday and it’s another hot day in the 90’s here in Bethlehem, PA. Last night and the night before fireworks went off way into the night. Well, until midnight anyway. How my life has changed…Not too long ago we would be over on “lookout mountain” watching them down below regardless of the humidity and bugs.

My days here are all the same. Staying in with the exception of walking Lucy around the property in late afternoon. Roger takes Buddy on a longer walk around the neighborhood twice a day unless the pavement is too hot for his paws. I am still practicing on my knitting and still making mistakes and ripping out. I do know how to correct most of them but after the upteenth time I start over with a different color yarn. I may some day actually finish the hat but I am determined that it be perfect, haha. Who am I kidding. But, I am persistent if nothing else. 🥴

Roger and my son have a birthday on the 10th. I find it nearly impossible to think of a gift for Mark. He works all the time and buys whatever he wants. I can’t think of any hobbies he has besides Ocean City, Maryland, Disney and watching sports in the Winter.

I have bought Roger night cameras for outside. He loves nature and spends a lot of evenings outside until the insects drive him inside. His camera is loaded with photos of the moon. He rarely buys himself anything. Hopefully they will bring him joy. He will be 76 and I think he can’t get his head around that number.

I still am reading but not as much as usual. Taking a break or just have lost my mojo. Have you read anything by Tana French? Her books were recommended to me. The Kindle versions were rather expensive so I ordered a couple from Thriftbooks, one being THE WITCH ELM. I have just finished the series by Alexander Gray. She’s a good read. Well written and interesting characters but I am ready to move on to a new author. In Audible I have finished the first book in the SEVEN SISTERS SERIES BY LUCINDA RILEY. It was good so I will continue on. I listen while I knit. I also have rewatched FOYLE’S WAR. Listening and watching could be one of the reasons I am dropping stitches.🙃

So, I will move on to what photos I haven’t shown from my “Working Vacation”. The following were taken in Acadia National Park. 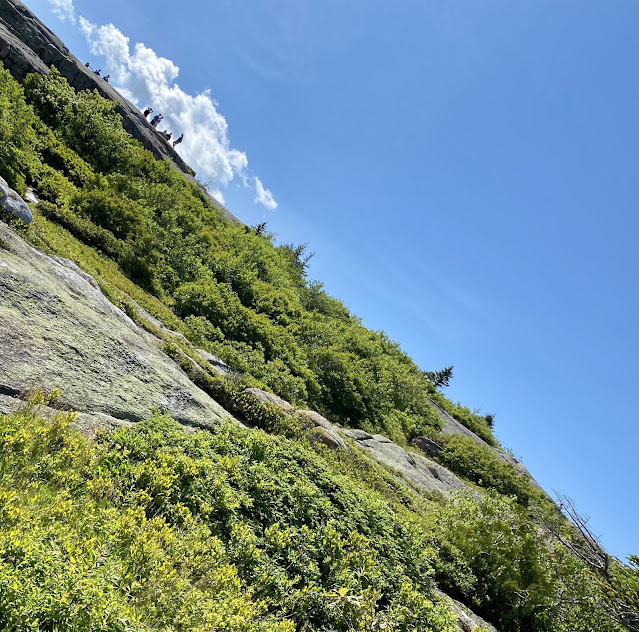 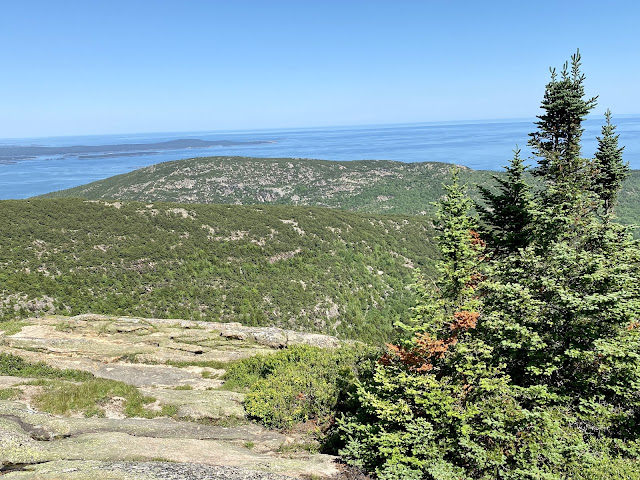 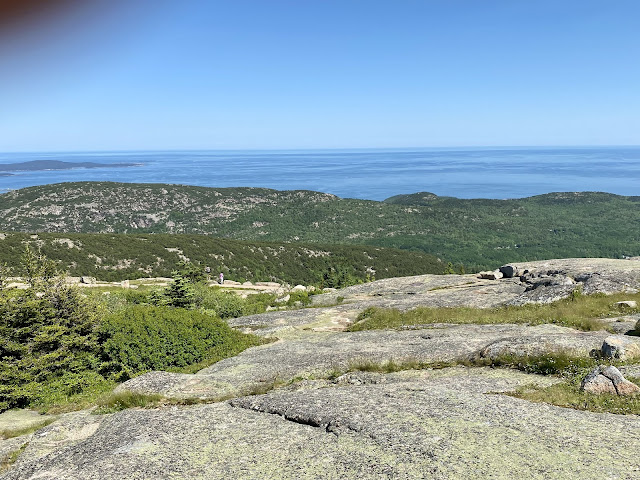 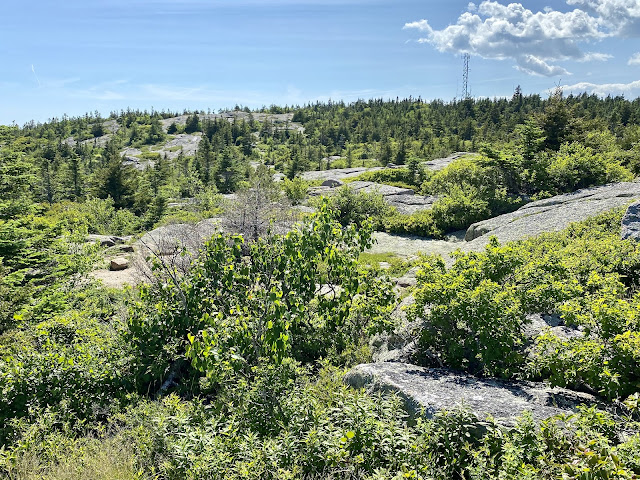 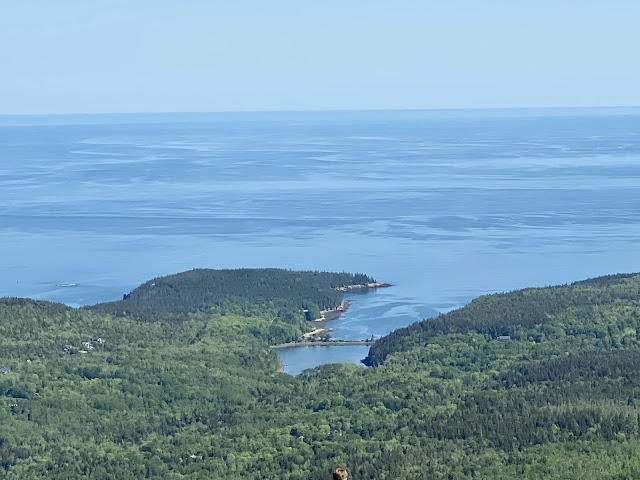 I only made it halfway around the path on Cadillac Mountain and my grandson had to help me back to the car. My legs turned to rubber, I was sweating profusely and I felt sick to my stomach. I sat for awhile until I could walk again and spent the remainder of the trip in the air conditioning. Fortunately we had enjoyed a lovely lunch at the CHART ROOM RESTAURANT before entering the park. I, of course had seafood and the boys and Judi had $18 hamburgers. When Josh told Pappy aka Roger later the price of his hamburger Roger was astonished and I know he immediately called his cronies and astounded them with this piece of information. 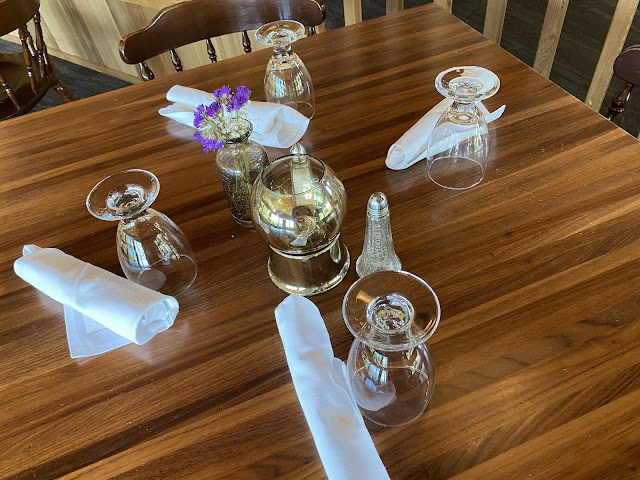 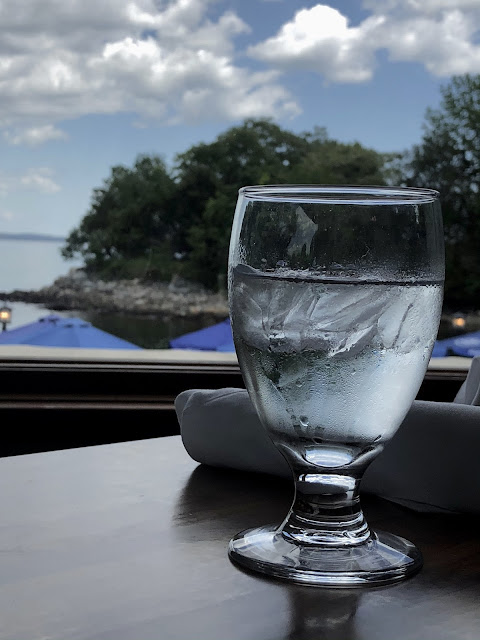 And, there you have it.

Have a lovely 4th! 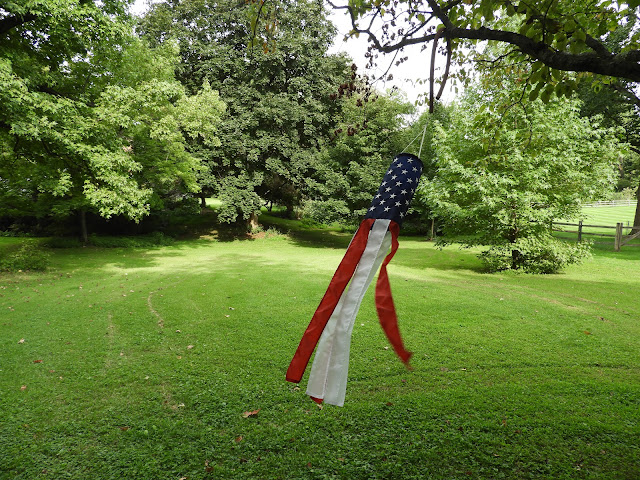